Live out your dictator fantasies...

How quickly a month can fly by. It seems like only yesterday Tropico's imminent arrival on Android devices was announced. Now it's arrived and you can pick up the dictator simulator over on Google Play for £11.99.

The port has been handled by Feral Interactive who also did the iOS version that launched last year. We thought it was an excellent port back then so it's safe to assume you can expect the same high standard in the Android version.

If you're unfamiliar with Tropico then it's a strategy game where you will be tasked, as 'El Presidente' of a small Caribbean island, to improve the living conditions. You'll deal with the economy, housing and other facilities. Occasionally other political parties will rise up to try and take control so you'll have to handle them appropriately to maintain your grip on the island. 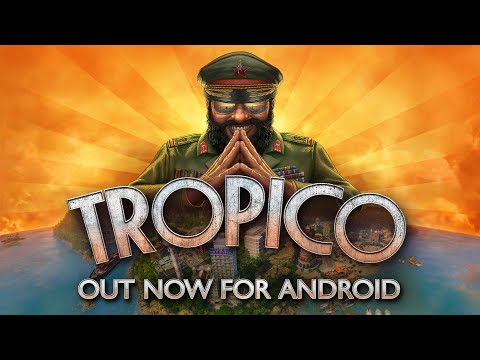 If you're worried that sounds a tad tedious then rest assured that Tropico doesn't take itself too seriously. There's numerous presidents to pick from each with their own traits and different islands to try and rule. So you get quite a lot of game for your cash.

That being said, £11.99 is still a decent chunk of change to drop on one game, so I'll list all of the compatible Android devices below so you'll know if yours can play Tropico first.

Tropico is available now on both Google Play and the App Store. It's a premium game that will cost £11.99.