Touchscreen, accelerometer, Near and LiveArea supported

With excitement building up over PS Vita's launch in America and Europe, it's time to dig into some of the games that will be gracing the device come 22nd February.

Certainly there will be plenty of choice, and one thing we can almost guarantee is that Treasures of Montezuma Blitz will be the most popular titles - if only, because it will be the first free-to-play game for the Vita.

To find out more, we caught up with Artem Kharitonov, MD of developer SPL, the game's lead designer Sasha Spassky, and Kirill Plotnikov, who as well as being the producer is also VP of publishing at the game's publisher Alawar.

PocketGamer: Why do you think Treasures of Montezuma Blitz is a good launch title for PS Vita?

SPL: It will be the only free-to-play title in the array of PS Vita launch titles and that's a great advantage. Even the most hardcore gamers have a break from time to time - and a free, entertaining and addictive puzzle game fills this nicely. Also, it will be one of the first games featuring social competitive gameplay, making it a great addition to Vita's launch.

Alawar: We've been really impressed with PS Vita since it was announced. It has everything we were dreaming about - it's a perfect platform for a lot of our games, but we decided to start from one of our best known franchise for casual players Treasures of Montezuma and create new game with supporting PS Vita features.

How easy is PS Vita to develop for?

SPL: The development certainly wasn't as easy as it was for other, more familiar, platforms, but that's just something that had to be dealt with - it's a new platform, after all. Moreover, Sony's support has been very swift and extremely helpful, so we hardly experienced any real difficulties.

As for the PS Vita itself, we were very impressed with the quality of the touchscreens. They're the main game controls, so it was vital that they handle very quick successive inputs and multi-touch really fast. Vita managed to do that, making it possible for Treasures of Montezuma Blitz to play exactly as we needed it to.

How are you supporting the Vita's features?

SPL: As of now, we only support the core features necessary for our game to play well - simple, nice and easy. It's the front touchscreen, rear touchscreen (used in special game modes that player may enter on occasions) and the accelerometer, which is used to change the direction in which the tokens fall. We're also planning an extension of social functionality, which will make use of more features.

How are you planning to use the social and locational aspects of the console?

SPL: Right now, we use Near to spread gifts to the world, we post players' game activities to LiveArea, and use the PSN friends and account names for our in-game leaderboards, thus, pretty much all of our social system relies on PSN and Vita's ability to communicate within it. It was also our ambition to add extended support for social networks, but it appears we will have to do it later as an update.

Alawar: The main feature of game is competition among your friends and as game will be free to download, all your friends will be able to get it and be involved in the competition.

Why do you think the free-to-play model will work on Vita?

SPL: Vita's in-game commerce is built using the same concepts that have proven effective on other platforms. At certain moments in the game, we suggest the player buys something. If they agree, we call the PSN Store dialogue and let it handle the rest of purchase - typically, just choosing the product amount and confirming once more.

As for the game's own free-to-play balance, it is well-tested and rather inexpensive, so we are sure of its success. Of course, as the number of players will grow, there may arise a need for some minor changes, but that is nothing we can't handle.

What elements will you charge for via IAP?

SPL: There are three elements.

Lives - the number of tries player has for continuous play. We limit the number of attempts a player can have in a row without pausing for balance purposes. They refill gradually over time, but players can refill them instantly for a small price (cost 99c).

Scratchcard - an additional try at the daily bonus mini game. Players are given one for free on a daily basis, but further attempts cost some money (99c).

In the light of 3DS' problems, how do you think the Vita launch will go?

SPL: The problems with the 3DS launch were, in my opinion, caused by a lack of launch software and announcements of new games, and only partially caused by smartphone competition. Also, I think the 3DS' audience overlaps with smartphone gaming audience much more than in the case of Vita's. And Vita is aimed at more hardcore players.

Besides, the combination of touchscreens, 3G connectivity and performance means it's capable of successfully competing with smartphones, both as a gaming console and universal portable device. It's more a question of software selection. Hopefully, Sony will attract more developers to Vita.

Alawar: Right now, iPhone or other smartphones are cool to have, but when everyone - even your granny - has an iPhone, it will be time for something different and that will be a good time for something new for gamers too. Now, I'm not sure this time has come, but I do think PS Vita has a chance to became the new platform for gamers.

Thanks to everyone for their time.

You can see how the game plays in the following video. 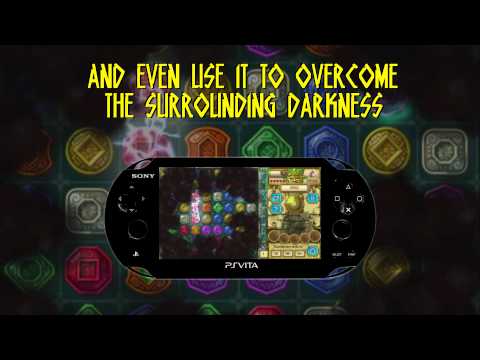 Subscribe to Pocket Gamer on
Next Up :
Time Princess takes players on a magical tour of the Louvre in its latest collaboration event