Treasure Tombs: Ra Deal is an upcoming treasure hunter for iPad and iPhone 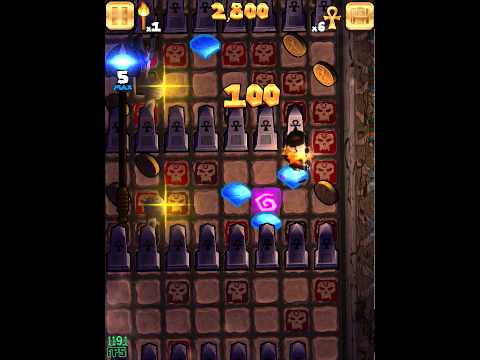 Treasure Tombs: Ra Deal is an upcoming treasure snaffling action puzzler from Dark Tonic. There are mummies to avoid, curses to dodge, and giant gems to pick up and stuff into your pocket because everything is eventually about greed.

You play a man called Colorado Cojones. Which is a joke. There are 99 levels to travel through, which is quite a lot of levels. There's some quite nice voice-acting, decent music, and the game looks pretty good too.

Treasure Tombs is slated for release in the Autumn, which, judging by the weather outside my window, is basically now.

We'll let you know when we hear anything more concrete. In the meantime check out the gameplay video all the way back at the top of the article. If you want.