Transformers: Earth Wars is about two things: defending your base, and attacking others.

This guide will focus on the latter: how do you take on a base filled to the brim with turrets, rival robots, and mortars?

Whether these are enemy bases or areas controlled by other players, follow our tips to know much more about being an effective attacker. 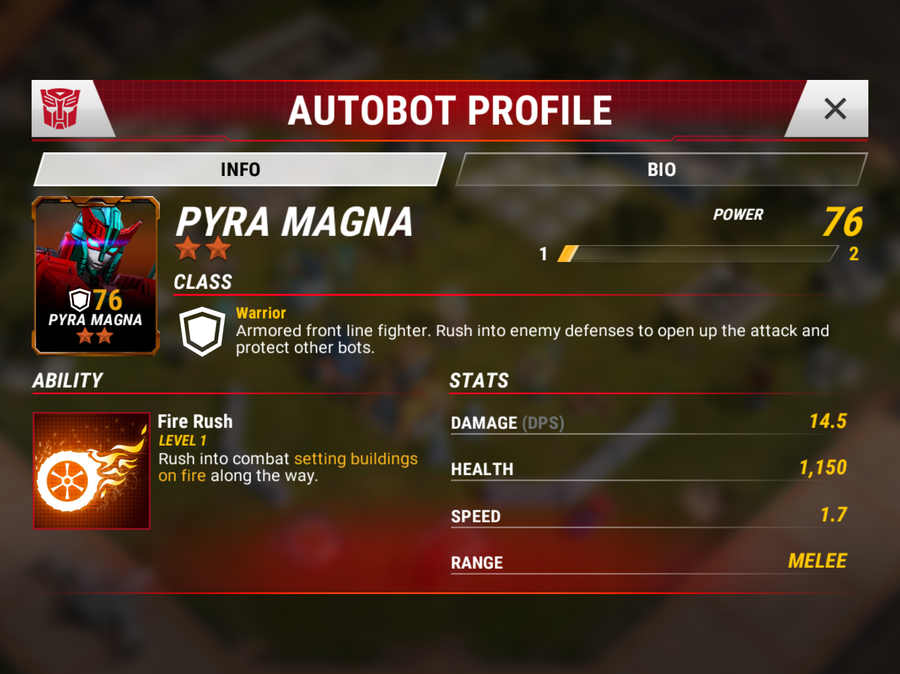 Take a variety of different bots with you. Transformers are split into five groups - warrior, air, gunner, medic and special - and each has unique abilities that will help turn the tide of battle.

Warrior class robots have loads of health, so can distract turrets and mortars while other, more powerful or technical bots, deal out damage.

Air class bots have very low HP but can deal significant damage from medium range. Their special abilities often let them attack turrets from very far away without taking any damage.

Gunner class robots also have low HP but can attack from long range, and can often attack turrets from so far away that these bots can't be injured while attacking, scoring you a free kill. They can also shoot over walls.

Medic class robots are weak as kittens, and can't even attack, but their ability to heal other robots makes them invaluable. Keep them towards the back of the pack to help them stay alive. 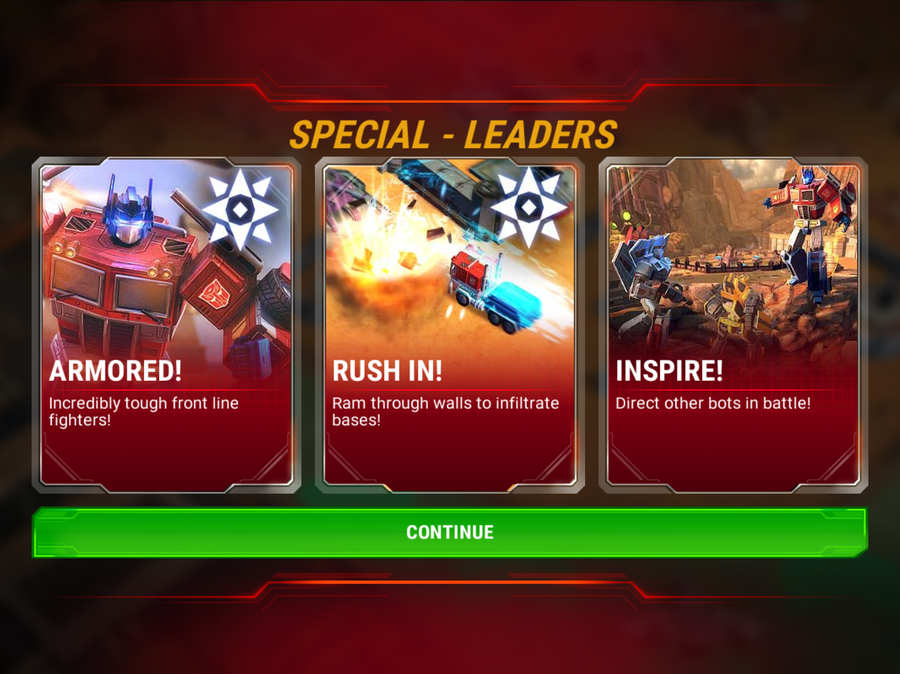 Special classic robots, like Optimus Prime, have unique stats. Look at their HP, range, and damage digits to see how they can best be used in a fight.

The most important thing you can do in Earth Wars is assess the battlefield. Look at how the enemy's base is laid out, and consider how you'll use your robots to attack. Remember: the timer only starts when you deploy your first unit. 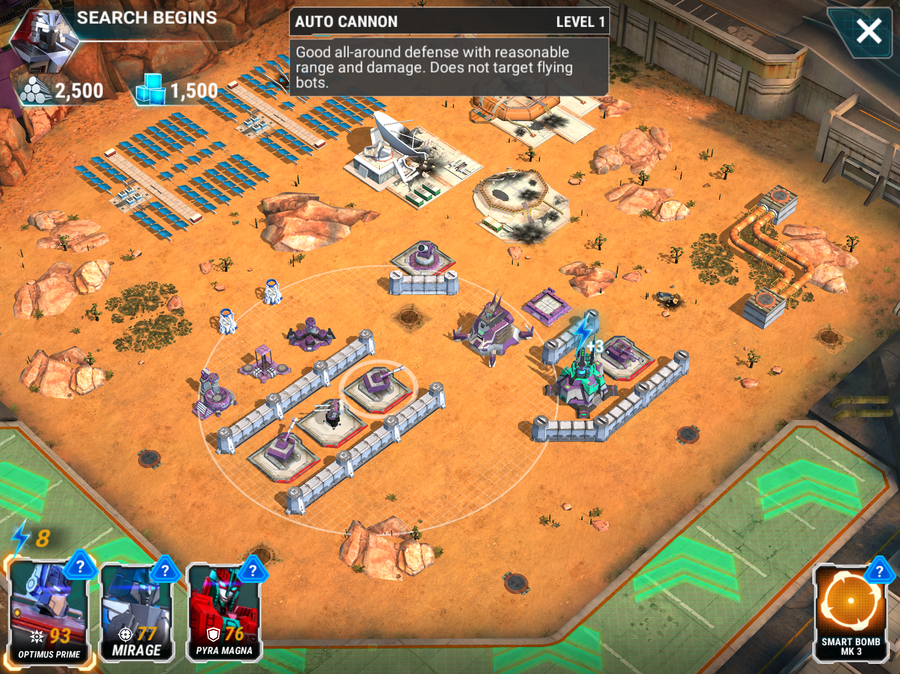 Tap on defensive items to see their range of attack, and info about them. Look for turrets that can be safely attacked by a gunner class robot from a safe distance and focus on those first.

Look for objects that will give you energy when attacked. This will unlock your abilities which can be massively useful, but don't sacrifice your robots or large amounts of their health to get at this stuff.

Look out for stasis mines. They won't kill your robot but will put it out of action and let other defences score free hits. Avoid these things at all costs. 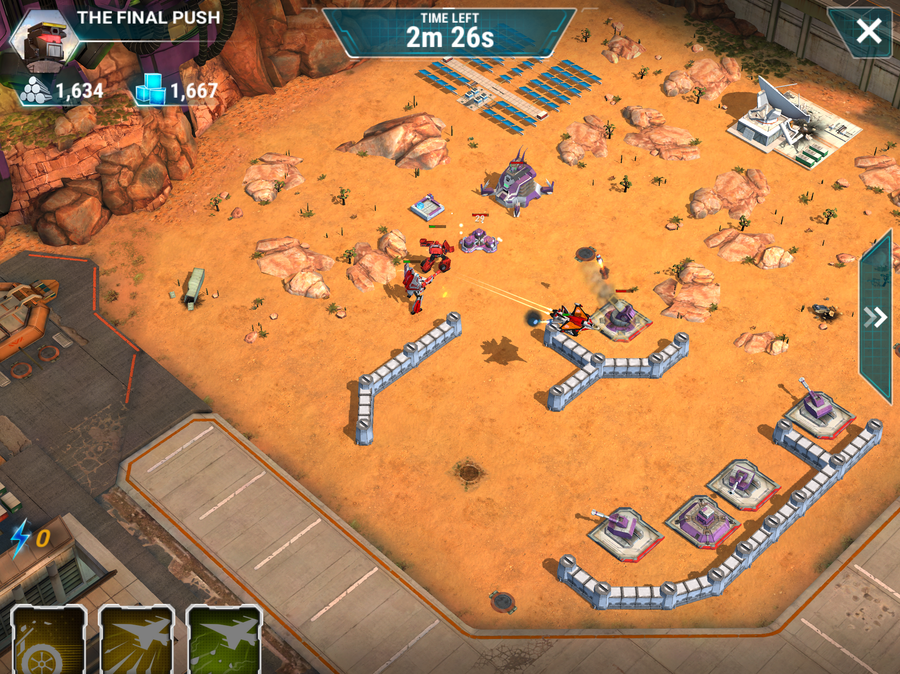 And finally, look for the headquarters. Ultimately this is the most important part of every map, and is the only thing you need to destroy to finish the level. So getting to it and destroying it (within the tight time limit) is your priority.

In the screenshot above, I was able to destroy the HQ at the top of the map while completely ignoring the defensive structures in the bottom right.

Go for the kill

Long range weapons like mortars and beam cannons can really ruin your day. You may want to spend some energy on EMP attacks to disable them for a few seconds, while your robots make their way towards attacking them from close range.

Remember that air and gunner robots are weak, and should stand behind warrior robots when possible. 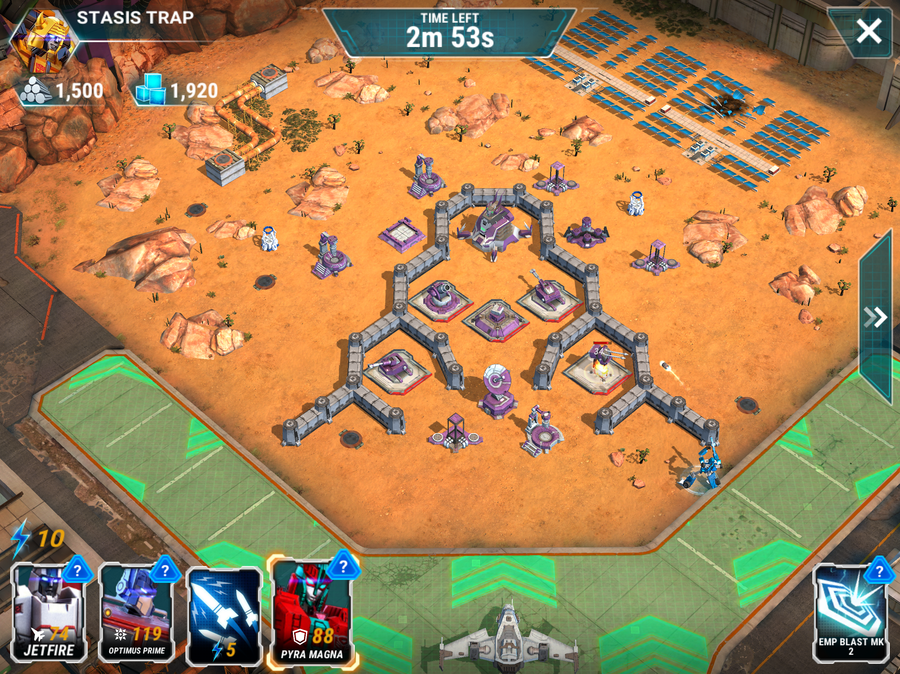 That being said, the robots in Transformers: Earth Wars have a mind of their own and wander off in weird directions.

Keep this quirky, unmanageable AI in mind: robots will often just attack the closest wall or object, regardless of whether there are more pressing threats. So don't deploy robots near a bunch of builder huts or alloy miners.

If they're being really dumb, use leader bots like Optimus Prime to guide your silly robots into the right position. 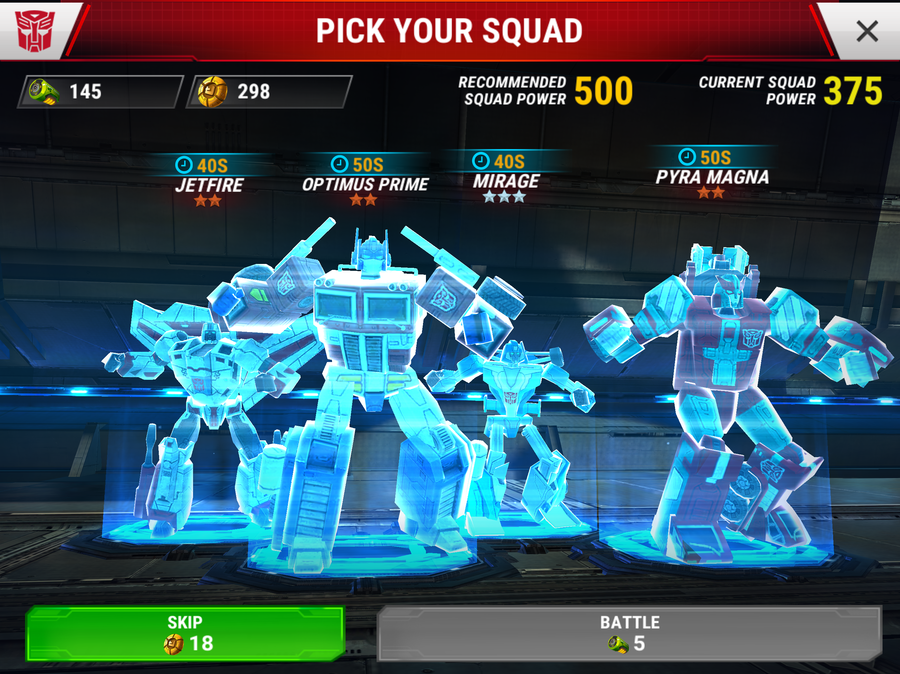 Don't be afraid to fail. Sure, you'll have to wait a while for your robots to recover but any damage you do to the enemy will grant you XP, some resources, and valuable practice. Plus, sometimes characters will give you tips for that specific map.

The recommended power level is a handy guide, but not the be all and end all. Good planning and judicious use of classes and abilities can give you the win, even if your strength is lacking. 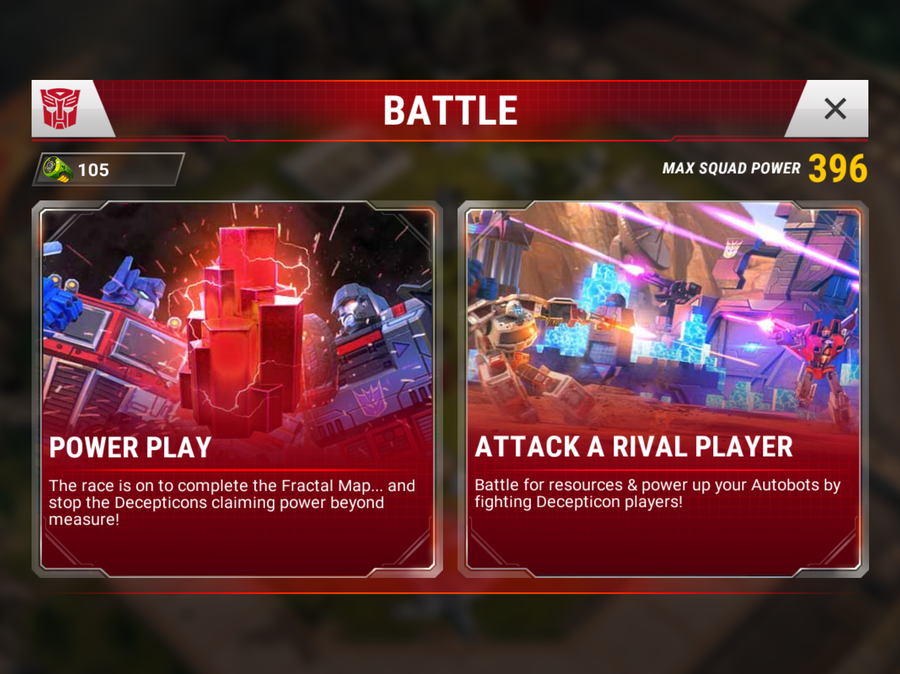 You can't repeat old maps, so if you're looking to attack something but you're too weak for the current story mode level, go attack another player. It's harsh, but oh well.