I think we can all agree that there's nothing worse than little grey aliens trying to steal your flock of sheep. Not only is it impolite, it also means you have to spend your time building mortars and plasma cannons to stop them.

At least you do in TowerMadness 2, the sequel to the Bronze Award-winning TowerMadness, which has suddenly popped up on the App Store.

The game follows the tower defence template with OCD-style aplomb. So you're killing things with towers to earn more coins to spend on towers to kill things with.

The bobble-headed alien aggressors come in increasingly tough waves, with new units added the further you get into the game. 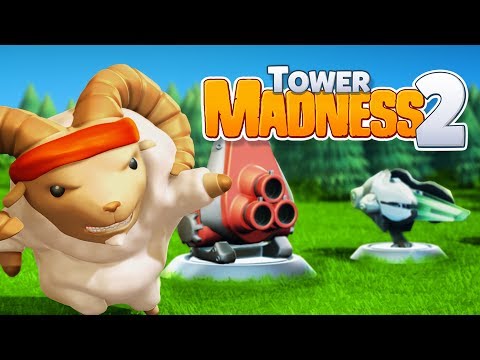 You can place towers to disrupt the route of your foe, and buy new ordnance to beat them into submission. A sheep-based special move sees a disgruntled ram called Bo chasing off the first alien that makes it to the pen.

Still, if you're into that sort of thing it's pretty well put together, and all the things it's supposed to do it seems to do right.

148Apps
Next Up :
Letter Rooms adds an advent calendar to the anagram game, with a new puzzle to be released every day this December