Illusion Labs has announced Touchgrind Scooter will be coming to iOS and Android early next year.

It’s a sequel to the Touchgrind BMX series, which are games where you perform stunts on a BMX bike in several dazzling locations from across the globe. But as the title suggests, you’re instead riding around on a scooter like it’s 1998.

The details are currently very thin, but Illusion Labs has launched the website for the game as well as a trailer, which you can watch below. As you can see, the game’s graphics look stunning, rivalling the visual fidelity you might get in a PC or console game. The variety in locale also looks immense, taking you from urban metro stations to empty city parks. 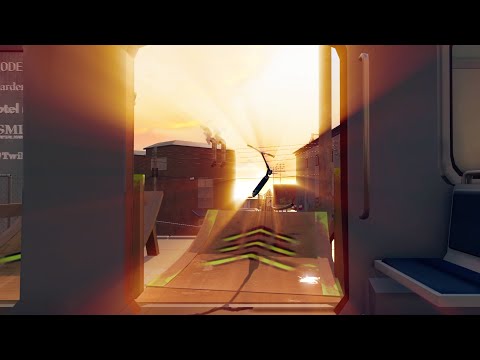 The Touchgrind BMX series had you using BMX bikes to drop from 50 metre rooftops, launch from mini ramps and rush downhill on shady slopes, while also allowing you to design and customise your own BMX to use out in each level. We anticipate this is also exactly what will happen in the sequel, except with scooters instead of bikes of course.

The website for Touchgrind Scooter answers a few questions. It reveals that the game will be free to play on all platforms and will feature additional locations and cosmetic upgrades that are available for purchase.

The FAQ also reveals it’ll be released during the first half of 2021, and supports both the iOS App Store and Google Play for Android. For now, you can keep an eye on the game’s development on the official website, and we’ll be sure to update you when more information is available whenever that may be

If you enjoy platformers, you may want to read our list where we've listed some of the best ones you are able to play on your Android device.
Next Up :
Fortnite v21.20 update brings New Indiana Jones skin set, Charge SMG, and more