If you're eager for more scooter-flippin' fun, Illusion Labs has just announced that Touchgrind Scooter is landing on Android devices in style next month. On December 8th, players can expect to show off their sick scooter skills on Android, and pre-registration is now open on Google Play.

Touchgrind Scooter lets players conquer ramps, grind rails, and flip through the air across different game modes. The title boasts over two million downloads on iOS, and is the fifth instalment in the Touchgrind series. Players can also customize their scooters with lights and colours and climb a global leaderboard for the ultimate bragging rights.

Featuring two-finger controls, the game makes it easy yet challenging to freestyle through the air to the beat of an awesome original soundtrack. Scooter enthusiasts can also expect the cool ability to save and sync their hard-earned progress thanks to Gmail and Apple connectivity between iOS and Android devices. 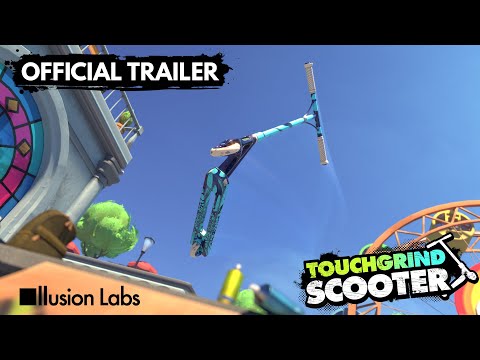 For those who are unfamiliar with the game, the embedded Android release trailer above should give you a pretty sweet idea of how the mobile title works. As you can see, you'll go through a wide variety of locales and experience realistic physics on your way to becoming a scooter-iffic legend.

Ready to rule the rails next month? You can download Touchgrind Scooter on the iOS App Store now, or you can pre-register on the Google Play Store for Android devices. It's a free-to-play game with in-app purchases. You can also head on over to the official website to know more about the game and to stay updated on all the latest developments.

Are you on the lookout for more sports titles you can dive into on your mobile device? Why not take a gander at our list of the top 25 best sports games for Android phones and tablets?