Slated for an April 1st release, which tinyBuild claim is not a joke

Totally Reliable Delivery Service is a physics-based game from tinyBuild about making deliveries. It's heading for both iOS and Android on 1st April, which they're insisting isn't a joke. There's also an opportunity to get involved in the beta too if you're interested in hopping in sooner.

The game itself will be free-to-download with additional content purchasable through IAPs. So you'll be able to discover for yourself if you like the game before spending any more cash on it. Though, as you can see in the trailer below, it looks like a pretty fun time. 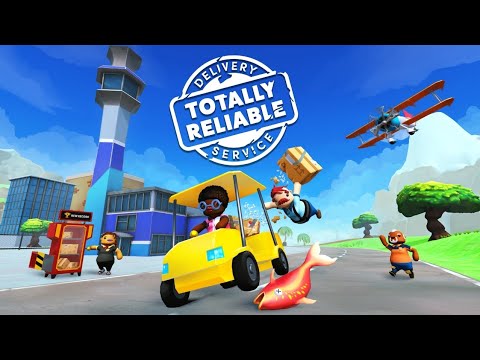 As the name implies, you'll be scampering about an open world making deliveries, or at least attempting to. Much like a lot of these physics-based games most of the focus is centred around whacky things to do in the world that are just good fun, leaving the main aim of the game sidelined.

There are singleplayer and multiplayer modes to enjoy with the latter probably being home to the most enjoyment. The game's sandbox world promises to be filled with a variety of vehicles, machines and even rockets to play around with, so the idea of teaming up with a few pals and just messing about with the deliberately unpredictable physics sounds like a good time.

You can sign up to be included in the beta by filling in this Mailchimp form. It's a simple case of entering your details and then whether you're an iPhone or Android user before waiting to see if you get an invitation.

Totally Reliable Delivery Service will be available on the App Store and Google Play, where you can pre-register now ahead of its launch on April 1st. It will be a free-to-download game with additional content being unlocked through in-app purchases.

Looking for other games to play with friends? Here are 6 of the best you can dive into right now
Next Up :
UNO! Mobile launches esports tournament with a solid gold UNO card up for grabs