Total War: Medieval II is bringing back its classic strategic gameplay to Android and iOS next month

Looking for a classic strategy game? Stop right here as Feral Interactive and Creative Assembly have you covered as they are releasing the hit video game, Total War: Medieval II on mobile. This project has been in the works for a while and is finally set to release next month on April 7th for Android and iOS.

Total War: Medieval II is launching on mobile nearly 16 years after its release on PC. It is set in the gruesome Middle Ages across three continents plagued by war. All three kingdoms have one common goal – gaining supremacy, for which they must scheme smartly against their rival and solve various conflicts to achieve their goal. 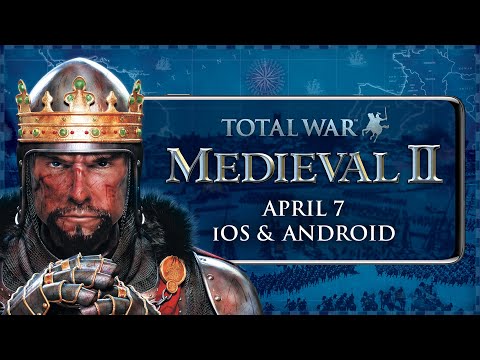 A dream to rule everything that stretches from the coasts of Western Europe to the sandy dunes of Arabia is no easy task. Players must strategize their every move, using everything in their arsenal. As a leader, any and all tactics that will bring success must be used. This may include diplomacy, conquest, trade, or subterfuge, whatever brings control over the vast lands.

Total War: Medieval II is a BAFTA-nominated game and all that excellence will soon translate into to the mobile realm. The game will feature 17 playable factions that can be built into major world powers. Battles and wars are made more immersive as they will take place in real time using different classes of soldiers like infantry, archers, and cavalry, all wielding unique medieval weapons. Strategizing must be done outside the battlefield as well, involving players having to conduct state affairs, build alliances, and weaken rivals.

Total War: Medieval II will launch on the App Store and Google Play on April 9th for a premium of $14.99 USD or your local equivalent. Currently, everyone can pre-register for the game.

Also, if you’re looking for games to get your brain running, check out this list of the top strategy games to play on mobile!
Next Up :
I'm Borr is a charming pixel-art puzzle game that's out now on iOS