Hutch, the famous automotive mobile game's developers are celebrating the fifth anniversary of the hit car-based card collecting battler, Top Drives, with a massive update. Version 15.0, which commemorates the game turning half a decade old is called World Expo and rightly so because it introduces over 300 new hours of content and a total overhaul of the game’s environment.

Top Drives’ World Expo update adds a tonne of new cars from all the beloved automobile manufacturers like Mercedes-Benz, Audi, Lotus, Hummer, and Porsche, with some of the lesser known ones such as DMC, Saturn, Saleen, Rezvani, Oldsmobile, Bristol, Zenos, Hennessey, and Eagle also making appearances. That, along with the visual upgrade, will let players view the game’s world like never before as they race around in these new vehicles. 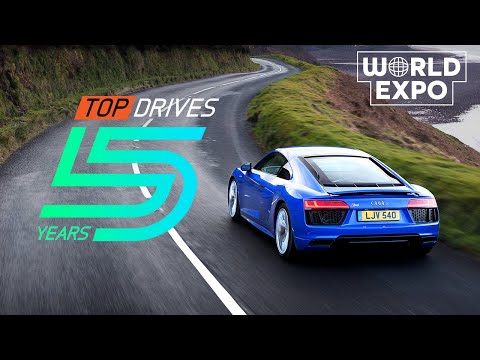 There’s a grand total of 333 cars being introduced via the World Expo update and they’ll be from even more companies other than those already mentioned above. Here are some of the best picks from this horde of vehicles.

First up is the Mercedes AMG G 63 which belongs to the Epic rarity and is a record holder for being the fastest all-surface tyre car when it comes to going from 0-60. It’s the perfect ride for off-road drag races and steep climbs. Next is the Zenos E10 which is super smooth to drive in and boasts of a whopping 88 handling stat. Finally, we have the Hennessey Venom GT that has already ascended to the rank of the 3rd fastest non-prize car with a top speed of 278MPH. Blink and you’ll miss it!

All of Top Drives’ environments like the Bavarian Forest, Beach City, Frozen Lake, Indoor Facility, Outdoor Facility and Nurburgring have been refreshed and they look so good. Besides that, there are a number of features and changes to look out for like Car Rarity Token Compensation, car corrections, different models, and a bunch of bug fixes.

Get your hands on all these new cars by downloading Top Drives now for free.

Also, check out this list of the best racing games to play on mobile!
Download now!
Top Drives

Next Up :
Indus, an upcoming battle royale made in India, reveals a trailer on the eve of the country's 75th Independence Day