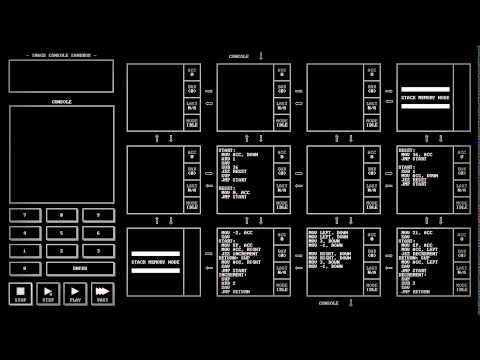 TIS-100P is about rewriting corrupted code segments to fix an ancient computer - and uncover the mystery of who created the machine, and for what purpose

Like SpaceChem, you're making a system that moves and manipulates data. But here, you're literally typing in lines of programming code, character by character.

You'll even have to print out a PDF of the computer's manual to understand all the commands.

It's not for everyone, then, but if you're up for it, the game's got 20 puzzles, leaderboards for the most optimised code, and the opportunity to make your own challenges.

TIS-100P is £2.99 / $3.99 and exclusive to iPad. Zachtronics' previous iPad game, SpaceChem Mobile, has sadly been removed from the App Store "as it's become far too difficult to maintain".