App Army Assemble: Ticket to Earth - is it as good as it looks?

Call in the troops

Ticket to Earth is an episodic RPG/puzzler which completely exceeded the expectations of our Reviews Editor in his review.

Though the genre mix doesn't exactly inspire confidence, it's a very unique experience which apparently feels premium even past its initial purchase.

The big question is: what did our App Army think of it? Will they be wooed by its charm or a little unimpressed? Let's find out. 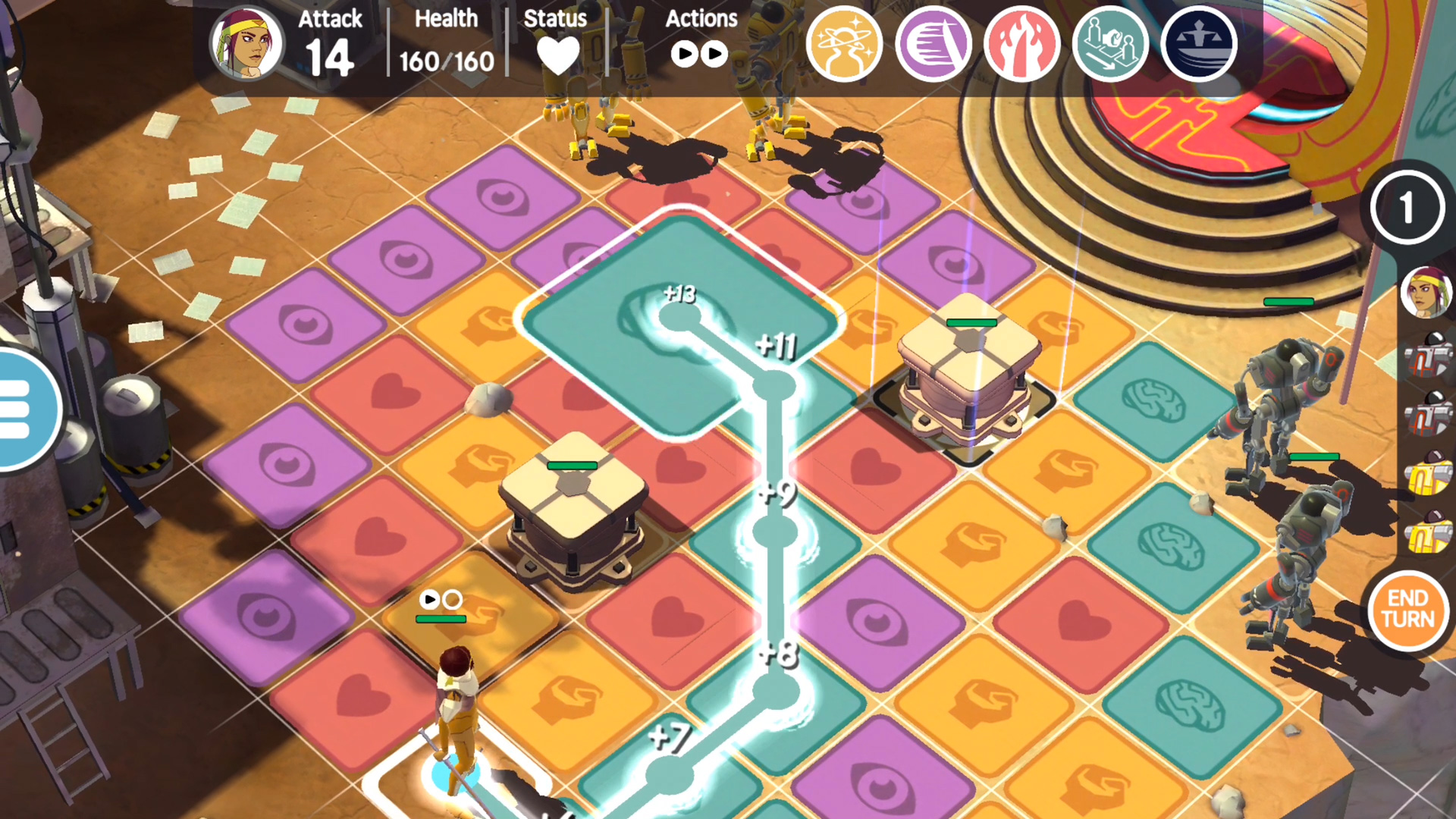 I've played more or less two hours and so far I'm LOVING it. It's a super nice blend between Banner Saga, SteamWorld Heist, Puzzle Quest, and Dungeon Raid. Yet, it feels really fresh and, damn, it's super polished. The tutorial takes its time, but when it opens up it really opens up. There are so many choices, including during the fights, and an interesting story set in a credible world. iCloud sync is just the icing on the cake.

Despite the fact I don't generally like comics or colourful sci-fi, the story really sucked me in. Also, while being pretty strategic the fights don't seem to take ages. On the contrary, everything is kept pretty compact for perfect playing on the go - unless like me you played one hour straight in the blink of an eye. It's definitely recommended.

The game is really well done. The graphics are on-point and the gameplay itself is quite polished. I love the turn-based puzzle style (the grid movement) and the strategy it adds to play.

My only complaint is that I'm struggling to engage with the story material in the 'call' section. For whatever reason I don't want to go there and end up skipping through. I don't know if it's possible, but I'd love to see it incorporated more naturally. Though, that could just be me - it might work great for everone else.

Ticket to Earth is an absolute blast. If you enjoy the turn-based strategy genre you owe it to yourself to give this a try. The graphics are crisp and vibrant, and the overworld map is a beauty to behold. A robust talent tree, upgrades galore, and a matching element that adds a whole new layer to the traditional TBS formula makes this a no-brainer. It's a little heavy on the side story dialog, but if that's not your thing and you just want more action you can skip most of it all together.

If you love tactical turn-based RPGs, then this is a must-buy for sure. The game screams quality throughout. The gameplay is solid and like any good RPG, it gives you lots of options to adjust your party to your play-style. It might remind you of Banner Saga, but combat in this game is very different in that movement and charging your abilities centers around the tiles on the floor.

The four types of tiles you match determine things like damage output, movement distance, ability use, healing, money, etc. Combined with a good story, nice graphics, and an awesome soundtrack, this game feels special. My only small complaint is the chat option between missions. Having to choose to read more info about events breaks immersion and it would've been nice if they just blended it in with the main storyline's progression.

With that said, I'm really looking forward to all the episodes, but I'm curious to know if this is a one time premium purchase or if it'll require a fee per episode. I hope it's the former. 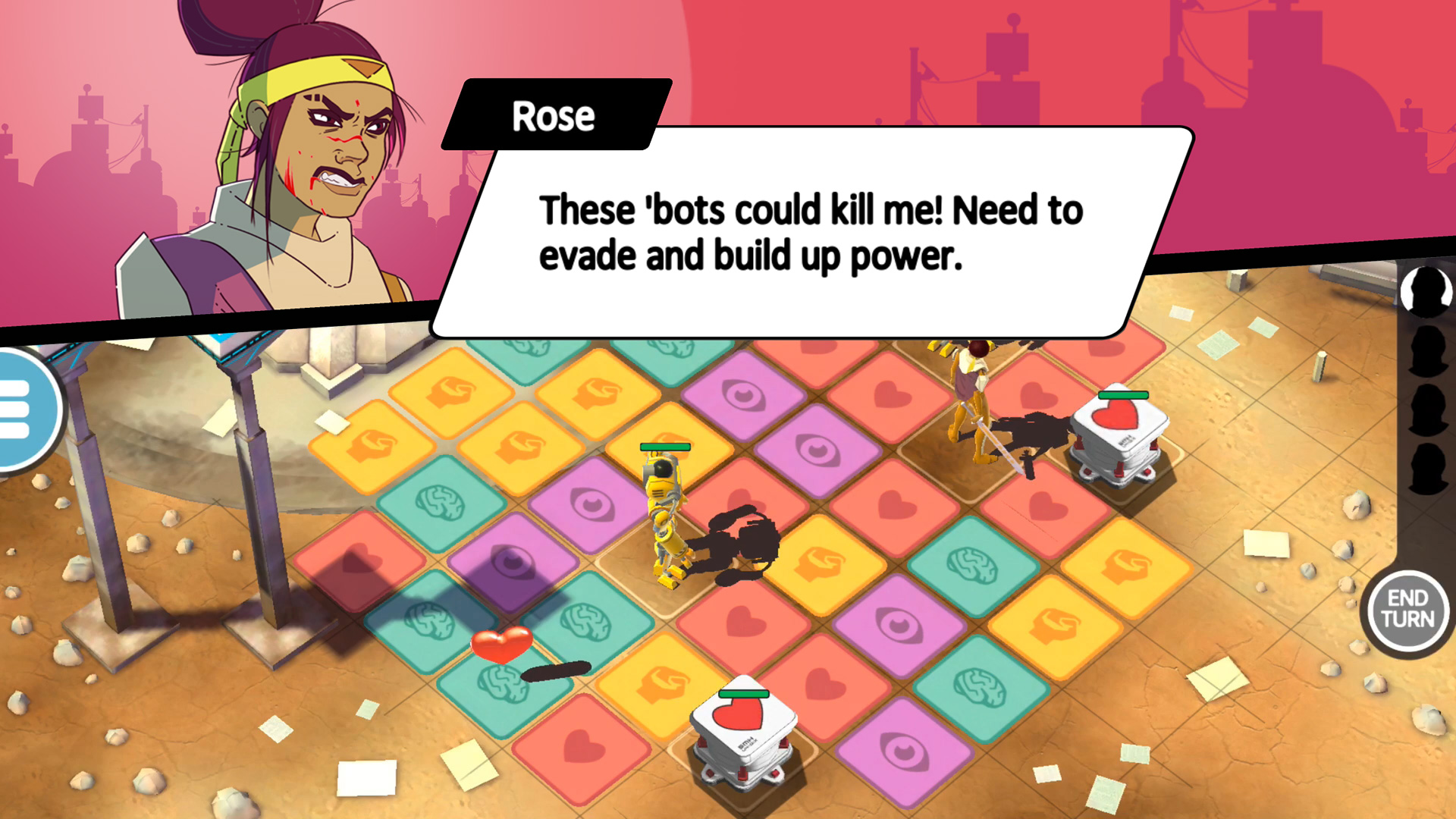 This is a well worked grid-based puzzle/RPG combo, a proven formula. It's great that you pick the action boosts (like damage or healing) from the tiles in the style of the classics like Puzzle Quest. It's a question of taste but, though it looks neat, I would have liked to see a little more crisp technical style of sci-fi graphics. The story is nicely built and I found the chat part interesting and different, which is good for me. It requires strategic thinking and the battles are engaging, so it's worth trying.

I enjoyed this despite the fact I don't usually play strategy turn-based games. I love the graphics and gameplay. To complete a level probably takes longer for me than others who play turn-based games frequently, but it feels great when you manage to defeat all of the enemies. Also, the comic story scenes are a plus for me. I'm looking foward to what the game will show me the more I play.

With so many praises for the gameplay, one would almost miss mentioning the beautiful art style and soundtrack they've picked for the game. They both are key elements to immersing yourself into a universe where you begin by fighting against cockroaches that are as big as a large dogs. The interface is sleek and does a good job at helping you reach everything with as few taps as possible and, as a bonus, every UI element seems to be large enough (on my iPad at least) to be easily reached at any point.

One more thing to mention is the iCloud integration is beautifully done and works seamlessly across devices.


The App Army is Pocket Gamer's very own community of mobile game experts. Each week, we provide them with a bunch of free codes and early access to the hottest upcoming games so they can provide their thoughts in features like this. We also host regular community-driven events with them in mind like tournaments, giveaways, and multiplayer evenings. To join, simply follow this link to the page on Facebook and request access. We'll get you in right away!
Next Up :
UPDATED: Definitive list of all Xbox Game Pass titles on Android with touch controls