Available in the latest update

Two years after its initial release Ticket to Earth has received its final episode in a free update to the game. So if you've been holding off because, like me, you like something to be finished before you jump in, then there's no need to worry anymore. The fourth and final chapter of the puzzle RPG is available now for iOS and Android.

The game originally launched in 2017 and has since released a further two episodes before the final one arrived today. That means if you pick Ticket to Earth up now there'll be plenty of content to keep yourself occupied with over 120 missions to beat.

Ticket to Earth tells the story of Rose as she teams up with a few other unlikely heroes to do battle with various mutants. They'll also have a corrupt government to deal with too so life certainly isn't easy in the future, even after gaining the ability to travel through space. 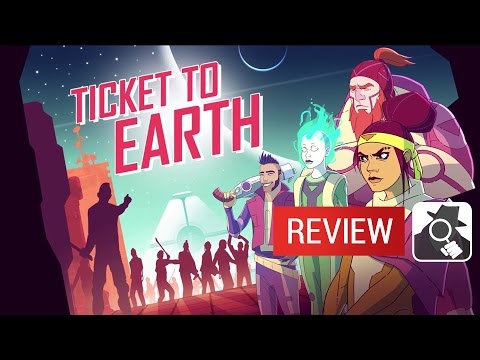 We really enjoyed Ticket to Earth when it first released. If you've never played it then it's a puzzle and RPG hybrid where movement is determined by dragging your finger across coloured tiles, though you can only move along tiles of the same colour in one turn.

If you've played Grindstone on Apple Arcade you'll have a rough idea of what to expect. Though they aren't the same game by any means, they certainly share a few ideas so it's a good point of reference. But on a very simplistic level, if you found Grindstone fun but felt it needed more of a story, then you might enjoy Ticket to Earth.

Ticket to Earth is available now on the App Store and Google Play. It's a premium title that costs £3.99 for iOS and £4.99 for Android.

Check out our news section to discover the latest, and greatest, games.
Next Up :
Alchemy Stars launches Miss Kobayashi’s Dragon Maid collab and adds new characters to the JRPG