I've spent some of my time as a parent teaching my three children to swim. One of the early milestones to overcome is to stop the consuming panic which rushes over you when you are fully submerged in water, unable to feel the ground beneath your feet. They Breathe is a title that has, in various forms, been around for a long time - it follows the story of a small frog who heads down into the depths beneath the flood, and must face the strange creatures that now dwell in the claustrophic darkness below.

I know They Breathe from its debut as part of the Xbox Live Indie Games programme back in 2011. The horrror descender gained a solid reputation not just for being a less than conventional fit for the platform, but also for delivering an atmospheric experience in a way which hadn't been approached before. In the years since it's come to other platforms, most recently iOS, and that's why we're here today. 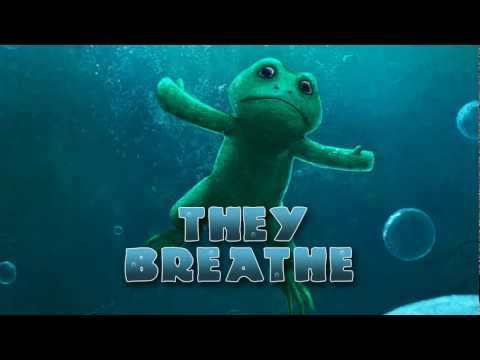 They Breathe is a 2D descent into the darkness beneath the surface of a flooded forest. It's an experiment in horror, with claustrophobia, the fear of drowning and the fear of the dark all being trends which run deep throughout the short experience.

Gameplay is incredibly simple: you just tap to move.When it starts that is all that you have to do. Soon you'll be swimming to grab air bubbles, then you'll be swimming to push other frogs into air bubbles to save them, then it all starts getting a bit weird. Strange creatures which, at first, look like steers emerge from the depths. They sting and electrocute, but they also need air just like the frog. It quickly becomes a race to consume all the air so that your persuer can't do so. Then more unconscious frogs appear and you've got the moral tug of trying to save them while trying to save yourself. Then, well, then there's a big twist about the creatures you are trying to out-pace. 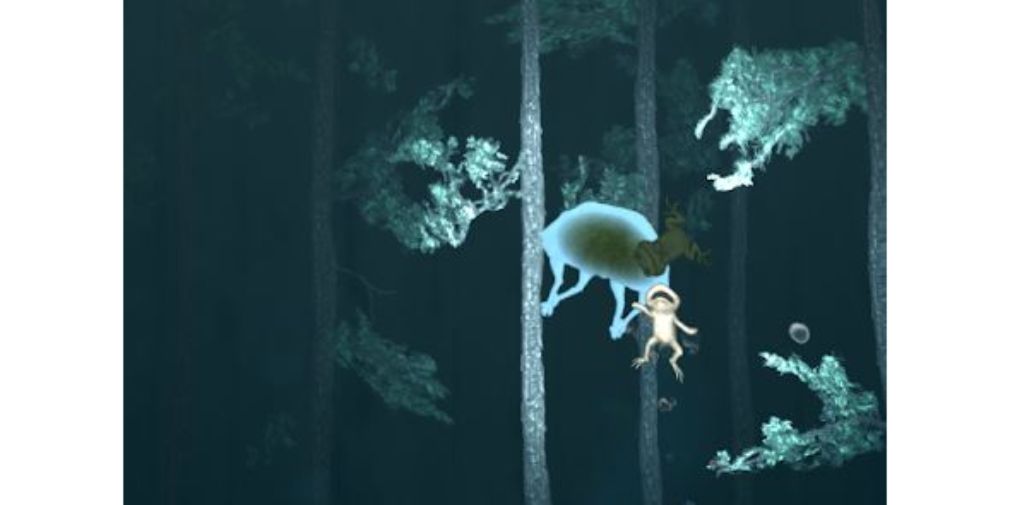 But, for me, it isn't really about how They Breathe does its enemy introduction pacing. It's about how it takes ownership of that terrifying dive into the depths. Enemies appear and it is genuinely scary, especially when you realise that they rocket around the screen faster when they get oxygen. Not only that but once you see what they're made of it's impossible to see them the same way as before — it's like the inverse of a waking dream, those moments when you wake up and, for a fraction of a second, the shadowy outline of some innocent object looks like a shuffling corpse or some other nightmare fuel.

So, if you're looking for a jarring little atmospheric horror game then you don't need to look much further than They Breathe. It won't make you hesitate before turning corners, or jump out of your skin when your phone rings, but it will absorb you and fill you with a little bit of terror.

They Breathe is available on the App Store and Google Play

They Breathe manages to deliver a deep horror experience without words. It does this through a mastery of atmosphere and an understanding of fear. If you're looking for a 20-minute, thought-provoking horror experience then look no further.
Next Up :
Star Discord review - "Needs polish, but it's shaping up to be a true RTS on the go"