Why don't they do more crossovers?

At this point The Walking Dead has a lot of fingers in a lot of pies. They're dipping into a little bit of everything, but their many properties rarely crossover in any way. Until now.

Scopely, the devs behind the mobile game The Walking Dead: Road to Survival, and Telltale, famous for The Walking Dead adventure game series, are joining forces to tell a new story set in the zombie-infested universe. 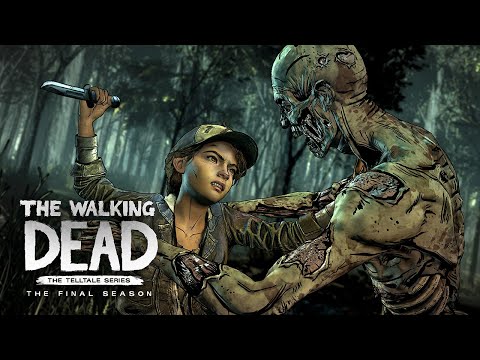 For a limited time, Road to Survival will include a whole new storyline called Roadmaps which will feature familiar faces from the last season of Telltale's series of games.

Road to Survival is a free to play RPG, which has you build a camp, scavenge for resources and fight against both zombies and people. Telltale's The Walking Dead is a much more narrative-driven adventure game, which has you make tough choices that will effect the outcome of the game.

It's a great idea to have these two sections of the massive franchise crossover. But, it makes me wonder - why haven't they been doing this more and what other good Walking Dead crossovers should happen? If you have any ideas let me know in the comments.

The Walking Dead: Road to Survival is available to download for free right now on iOS and Android. The special crossover storyline will be playable up at some point mid-August. The final season of Telltale's The Walking Dead will be released around the same time on August 14th.

The Walking Dead: Road to Survival challenges you to survive the perils of the graphic novels