The Uncertain - Episode One: The Last Quiet Day review - A flawed adventure game on every level

When looking at modern adventure games, it's hard not to compare them to Telltale's works - its multiple series have set a high bar for emotional story-telling and interesting world-building..

And while The Uncertain certainly takes a few cues from Telltale's design, it somehow fails to execute any of its ideas with any level of intrigue or emotion.

Couple this with frustrating camera and controls, puzzles that are either broken or too easily brute-forced, and some incredibly dull voice acting, and you're in for a pretty rough time.

The Uncertain's first episode, The Last Quiet Day, kicks off with your character, RT, investigating a crashed space ship and stumbling across something he shouldn't. Shortly after that, all hell breaks loose.

You move around with a point-and-click interface, and all useable objects are highlighted by default, meaning all you need to do is tap them and choose what you want to do. 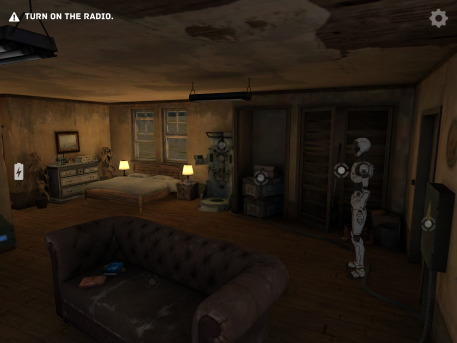 All the usual adventure game rules apply - click everything, pick up everything you see, solve puzzles, talk to people, so on and so forth.

But it falls flat in just about every aspect. Movement is messy thanks to a floaty camera that follows you around. You'll have to randomly tap on the floor at times because you just have no idea where you need to go.

You can sometimes walk out of vision entirely and lose your character, or simply not be able to see items that can be used because they're just outside of the camera's range.

The puzzles are all standard fare - work out a code, match symbols, that sort of thing - but there's almost always room to just brute-force a solution, so very little thinking is required to move on.

And the voice acting is straight up boring. It doesn't help that every character is a robot, and only a handful of these robots are apparently capable of emotion. Almost every line you hear is delivered in a monotone voice that'll have you switching off the volume in no time. 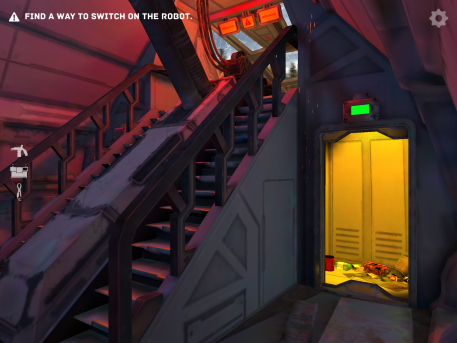 The story itself isn't much cop either. Reveals come at you at breakneck speed, with no time to process them, and characters will spill majorly important plot points in random conversations like it's nothing.

The main problem is that you just aren't given a reason to care. Exploring the small scenes available to you offer up very few clues to character's motivations or backstory, and everyone you meet is little more than a glorified post-it note pointing you to the next objective.

The Uncertain has started off poorly. Its movement is sloppy, its puzzles are weak, its story isn't interesting, and its characters are boring.

You're thrown from moment to moment with only a threadbare explanation of what's going on, with no time to actually unpack anything.

Maybe future games can expand on the world and make the characters more interesting, but after a disappointing start, it's unclear why anyone would stick around for more.

The Uncertain - Episode One: The Last Quiet Day review - A flawed adventure game on every level

The Uncertain gets off to a poor start in its first episode, thanks to poor writing, uninspired puzzles, and a wonky camera
Next Up :
REDMAGIC 8 Pro review - "A beast in performance, but not without growing pains"