Life gets tough for The Sims

The Sims has always portrayed human existence quite bleakly, essentially implying all that's needed for a contented life is a job that pays plenty of money, a house with nice furniture and friends who'll come round at 4am if you phone and ask them to.

So, The Sims 2 Castaway is quite a departure from the usual materialistic world Sims inhabit. As we reported after our hands-on play with the DS version in September, the game begins with your Sim washed up on the shore of a deserted island after a cruise ship holiday goes a little wayward.

EA has now released a new trailer showing some of the gameplay. It begins with Wii footage, but then goes on to show its DS cousin and how it plays.

Food foraging and fire and shelter building obviously play a large part initially, but there are other goals, such as finding and helping other castaways, and also, apparently, discovering secrets on the island. We really hope those are going to include a polar bear and a mysterious hatch in the ground.

The trailer shows a couple of Castaway's mini-games, too, including hunting for bugs in the bark of a tree (you can grind these up to make dye and fashion yourself some new rags to wear) and spearing fish in the sea.

It certainly looks set to be a refreshing new Sims experience for those a bit fed up with the endless friend-making and toilet visiting. Check out the trailer for yourself below for a spot of Sims escapism: 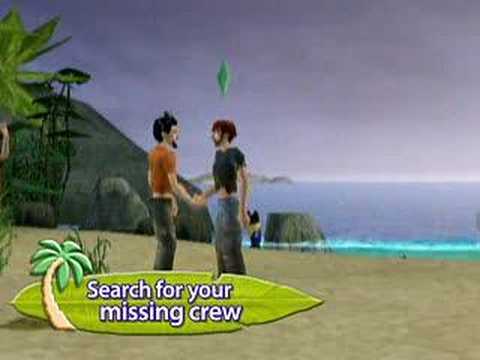 Subscribe to Pocket Gamer on
Next Up :
Genshin Impact's next event in the packed lineup is the Core of the Apparatus