The Sandbox is a weird sandbox/puzzle game. It lets you do whatever you want with a number of elements and materials but it also features a campaign mode in which you must solve some puzzles.

This means finding a way to turn the electricity back on or filling a lake with water.

It got updated a lot with dinosaurs, monsters and more.

Naturally, a sequel was planned and was in beta test for quite a while. Today, Pixowl is extending a bit further with a soft launch. The game's now available in Canada, Australia, New Zealand and Philippines here. 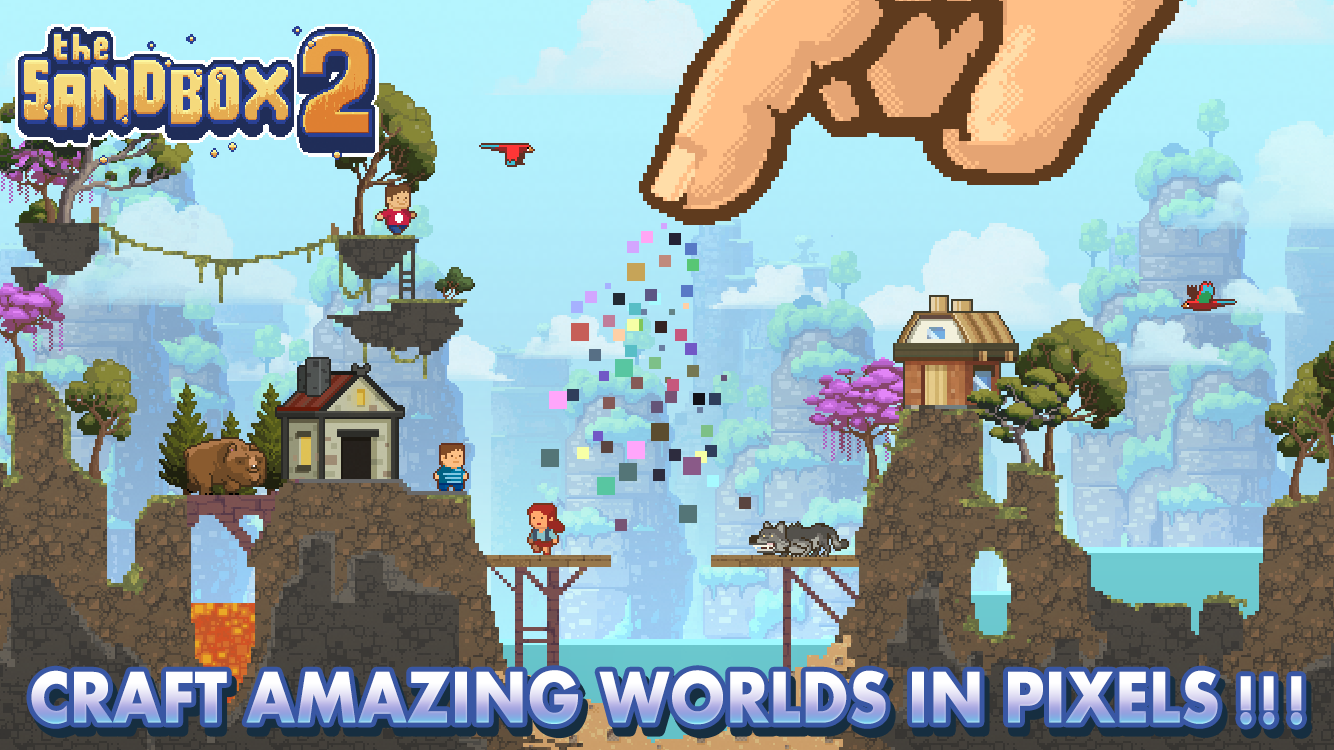 If you don't know how to get games outside of your App Store, check our handy guide here.

We previewed The Sandbox 2 back in GDC last year and thought it was a prettier sequel with an added option to share your creations.

On top of that, you'll also be able to create games now with hero being added. That means that players will be able to play your platforming level if you decide to share it online.

A lot of updates are also planned to add more elements and missions. The game contains more than 100 missions and 150 elements already.