So, you've finished The Room and completed the Epilogue.

You've opened every box, solved every puzzle, twisted every key, and slid out every secret compartment. And now you want something new - or, at least, something to tide you over until The Room Two.

There are few games like The Room on the App Store. But there are games that share its foreboding atmosphere. Or its sophisticated logical puzzles. Or its tactile and physical interaction.

These five games, then, should give you a similar experience to playing The Room. And, hopefully, keep you going until Fireproof is done with the sequel. 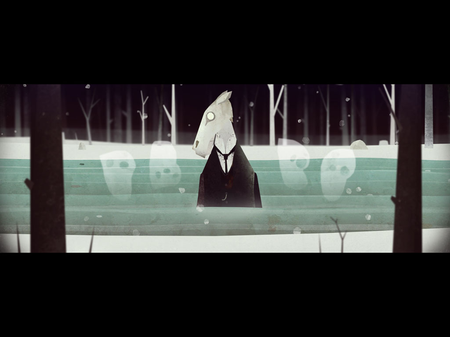 Year Walk is the first game I thought of when coming up with this list. It might not look like it, but Simogo's creepy wander-'em-up has a lot in common with The Room.

Both games take place in an isolated location - be it a dusty old room or a chilly Scandinavian forest. They both have a disquieting atmosphere. And their puzzles are both woven around an engaging, but understated narrative.

So, just like how you find out more about the mysterious null element as you open panels and drawers in The Room, you'll untangle the vague details of Year Walk's unsettling story as you solve the game's puzzles.

Forever Lost
By Glitch Games - buy on iPhone and iPad 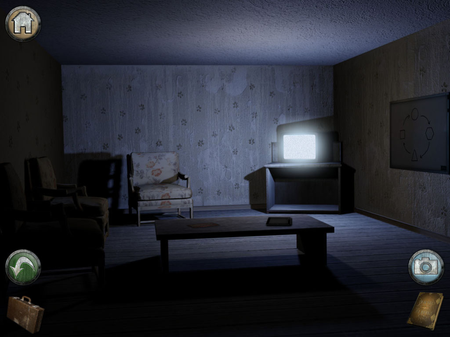 We apparently said that Forever Lost is "a bit like The Room, only with more rooms". Which would make it perfect for this feature, wouldn't you say?

The game is a classic 'escape the room'-style adventure, where you're solving increasingly involved puzzles in order to unlock doors and eventually escape some building (a mental hospital, in this case).

Just like in The Room, you'll be jotting down every weird glyph and number that you see in case they become clues later in the game. Except you're actually allowed to snap photos of suspicious symbols in Forever Lost.

Forever Lost's procession of tricky logic puzzles certainly had us engrossed - we called it an "intriguing, often mystifying experience" at review. And its close and creepy atmosphere will appeal to fans of The Room. 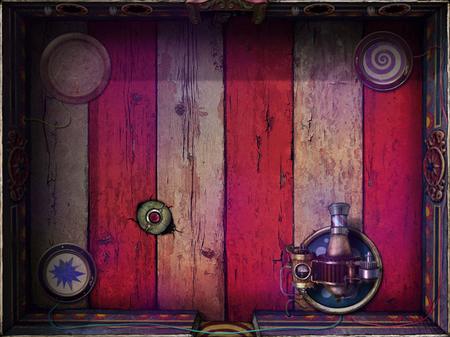 Help Volty is The Room with a bug. The eponymous hero is a creepy-crawly beetle with a tiny electrified backpack who scuttles through puzzle box rooms on the hunt for an exit.

Each room has a completely unique puzzle to solve. You might need to play a ditty on a series of bells, ride a clockwork train to bypass a laser, or escape a mechanical cockroach.

Like the creator of The Room, Help Volty developer Tvndra Productions uses sound to conjure up a lingering sense of fear... but also wonder. Wonder at what surprise lies around the corner or what will happen to Volty next. 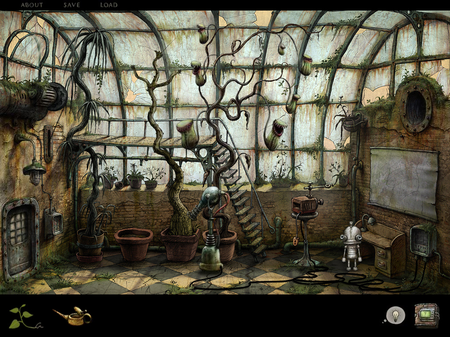 With The Room, Fireproof takes some cues from point-and-click adventures, but leaves one thing out: conversations.

There are no words in this Czech Republic-made game. Puzzles have to be self-explanatory, and the game's cast of rust-bucket citizens talk to hero Josef by way of tiny cartoon vignettes.

The respective makers of Machinarium and The Room clearly share a love of a good head-scratching puzzle and attention to detail. In Amanita's point-and-click, however, you can find a lot more humour in its dark and oppressive world. 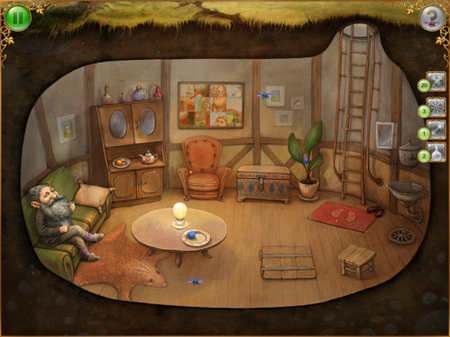 Games like The Room can be great co-op experiences. Only one person actually 'drives' the game, but everyone else can crowd around the iPad and come up with solutions and bark out orders.

Same goes for The Tiny Bang Story, a beautiful hand-drawn adventure game about solving puzzles and finding hidden objects. Everyone has an idea for solving the current conundrum.

The Tiny Bang Story might not have the dark and stuffy atmosphere of The Room. It's too bright and colourful for all that. But there is something decidedly creepy about the weird inhabitants of this jigsaw world.