Update on April 28 at 10:41: If you liked the idea of a mobile game based on The Rocky Horror Show, you'll be pleased to know that you can now support the app on Kickstarter.

The campaign is seeking $35 000 to get the game done and they even have some ideas for a few stretch goals including a karaoke mode.

You can pledge here. When we got the announcement of the digital adaptation of The Rocky Horror Show, we were all excited. But we didn't know how it would play or what it would look like. We do finally though, with the first gameplay footage shared today:

As you can see from this very early look at the 2017 title, it's a rhythm based affair that will make the most of your device's touch screen.

You'll even be able to create your own dance routines and share them on the Internet. 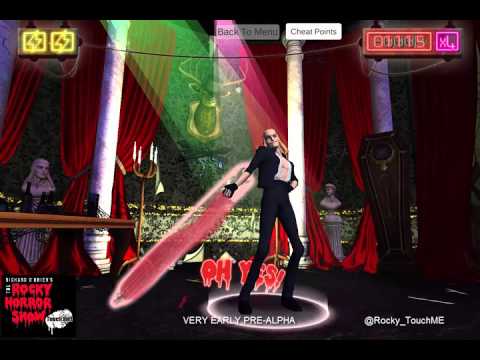 The Rocky Horror Show Touch Me is going to try its luck on Kickstarter with a campaign that should start on April 27th.