Note: This article contains mentions of transphobia and mild spoilers for the end of The Red Strings Club

Some part of me had been avoiding playing The Red Strings Club since it launched. It had always intrigued me - the art style, the storyline - but a voice in the back of my head kept telling me that I should avoid it for some reason.

But it's on Switch now, so I figured I'd take the plunge on reviewing it. And hey, it's pretty great! I forgot all about that nagging voice and dove in.

It mixes basic point-and-click gameplay with a variety of silly minigames to provide a unique and fun experience, all while delivering an interesting cyberpunk story about ethics, human augmentation, sexuality, and more. 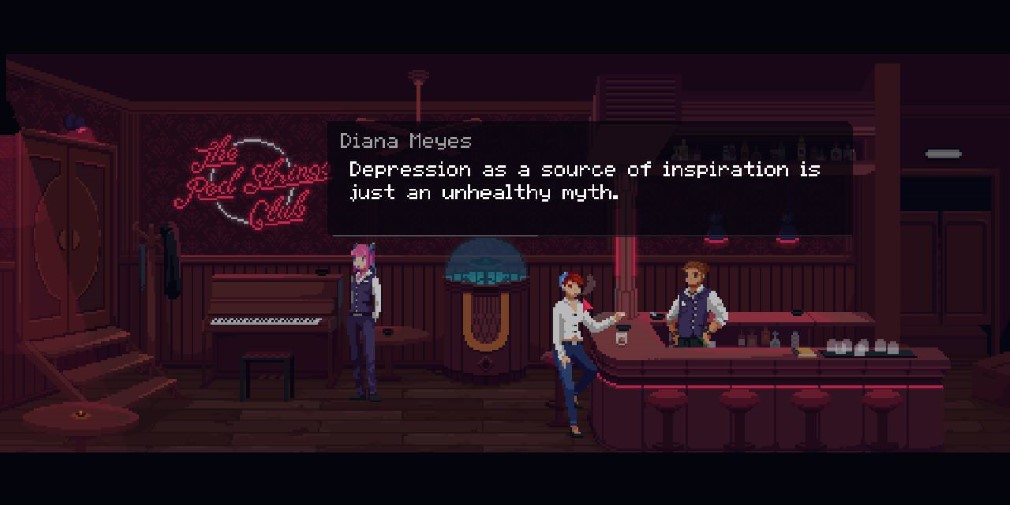 It looks stunning. The pixel art is super detailed, with gorgeous animations for the simplest things, like a jukebox flipping over to the next record or someone lighting a cigarette.

It's fun to play! The main minigame of mixing cocktails is at times hilariously tough and leads to moments where you're pouring liquid all over the place while your customer looks on, dead-eyed and uncaring.

And you stumble through the story, reaching its grand finale, and bam: you're forced to track down someone's deadname to solve a key puzzle in the game.

Ah. That's why I'd avoided playing The Red Strings Club. I'd heard about this before, back when the game first launched on PC.

Now, I'm a cis man. I don't know a damn thing about what it's like to be trans. But having this be such a big part of the game made me very, very uncomfortable.

There's a brilliant article over on Waypoint already with some context provided by the developers themselves. I'm not going to say any more about it - there's no point adding another cis male voice when the matter has already been spoken about. 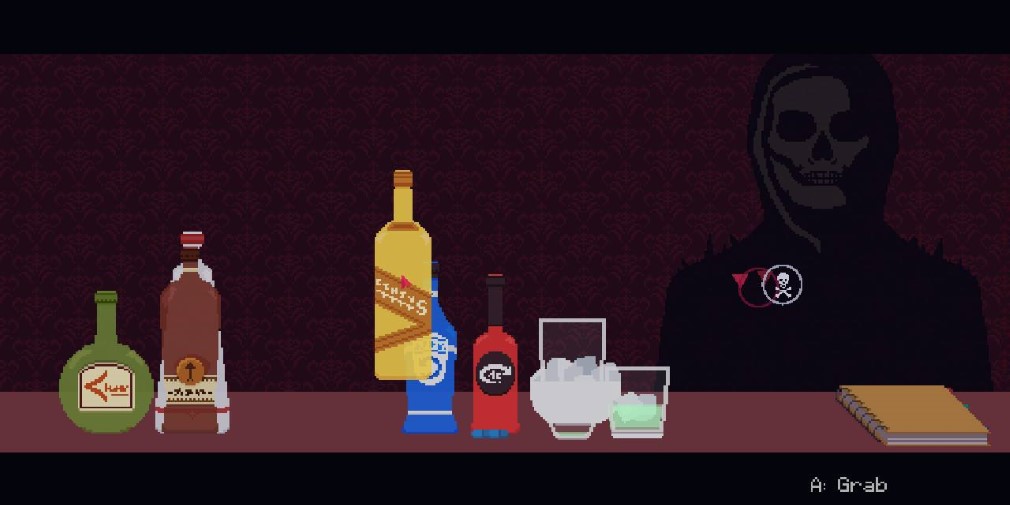 Honestly, it's pretty late in the game, so if you want to have your cake and eat it, you could just play up until (spoiler warning) you're in the CFO's office calling people on a landline. In my opinion, the ending doesn't really stick the landing anyway, so you could just skip it out.

And it's a shame too, because the rest of the game building up to this point is rather fun and intriguing in its own way.

But I will say this - I don't know how to feel about The Red Strings Club anymore. And if you're not keen on being forced to deadname somebody for the sake of completing a game, then you may wish to give it a miss.