Everyone knows that the knight is the coolest piece in Chess, right?

If you were going to base a videogame around just a single chess piece, then, it would be a wise move to make it the knight. Which is precisely what Seele Games has done with The Knight Watch.

This is an extremely stripped-back, simply presented puzzler based on familiar chess rules. You're placed into a range of mid-game scenarios, frequently with a rule-flauntingly odd mixture of pieces (two kings and three bishops, say), and it's up to you to mop up the opposing pieces.

All you ever have to achieve this feat is a lone knight. In your favour, though, is the inherently static nature of your opponent. The pieces will only ever move when you stray into their particular movement line, at which point you've failed the level. 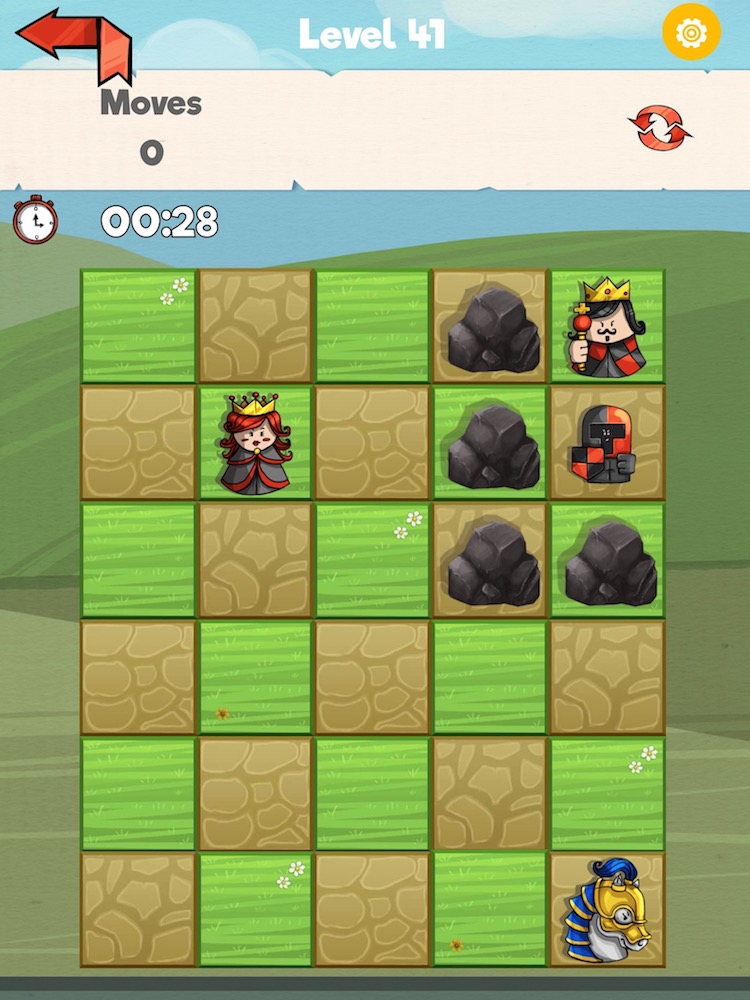 As a result, each level is a gently taxing case of figuring out how to get to each piece in sequence using the knight's wonky movement pattern. You'll soon learn to use hapless pawns and rocks to cover your approach.

The Knight Watch eases you in gently, introducing you to each new opposing piece and their particular ruleset. It then proceeds to mix things up with various combinations of pieces, which is where things get interesting.

Check it out, mate

If you have any kind of experience with Chess you'll whisk through the early levels (there are 100 in total) without breaking into a sweat. There is replay value in returning to achieve a gold medal, or in beating your previous time, but the learning curve is a shallow one.

I wouldn't call The Knight Watch's accessibility a weakness, but a better mix of difficulty levels in the early stages might have made for a more satisfying experience.

The game also suffers from somewhat sparse, simplistic presentation. There are appealing comic book interludes that lend the game some personality, and the background ditty is quite pleasant, but this isn't exactly a polished mobile game.

Fortunately, The Knight Watch's novel use of Chess rules and its welcoming nature manage to get it out of check. This is a refreshing modern twist on the most familiar game of them all.

A neat, highly streamlined twist on Chess that zooms in on the humble knight
Next Up :
Tightrope Theatre review - "Failure is very much an option"