Headup Games revealed on Twitter today that the Silver Award-winning The Inner World and its sequel The Last Wind Monk are both coming to Nintendo Switch next week. These are two point-and-click adventure games to consider for your library if you’re missing titles from this genre. 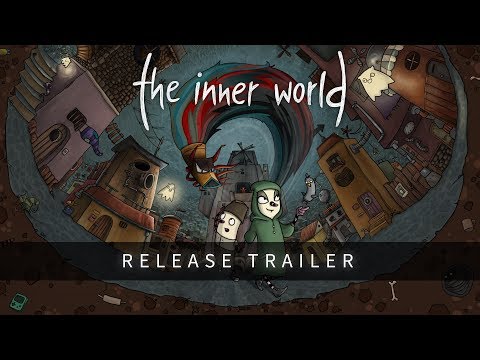 The Inner World is a fantasy adventure game starring Robert, a court musician who finds himself thrust into a quest to save the world. It’s a well-written tale with a good amount of humor and some very traditional point-and-click puzzles. If you’re a fan of classic adventure games, this should be right up your alley. The game’s sequel, The Last Wind Monk is quite similar in style and gameplay, but this time Robert and his friends Laura and Peck must save the world of Asposia once more, this time from the evil Emil. The Inner World and The Inner World - The Last Wind Monk arrive on the Switch eShop on August 3.
Next Up :
Letter Rooms adds an advent calendar to the anagram game, with a new puzzle to be released every day this December