Studio Fizbin has brought its rather quite good adventure game The Inner World to Android today.

This one is for fans of hand-drawn wind-powered cities and things that go point-and-click in the night. It's a traditional-style adventure game with item-based puzzles and a charming story.

It involves Robert, the Flute Nose, and his apprentice and thief, Laura. Together, they investigate the disappearance of the wind that powers Asposia.

The Inner World earned itself a Silver Award in our review, in which we described it as "a charming and inventive game." One that "will appeal to ardent fans of mid-'90s point-and-click adventures." 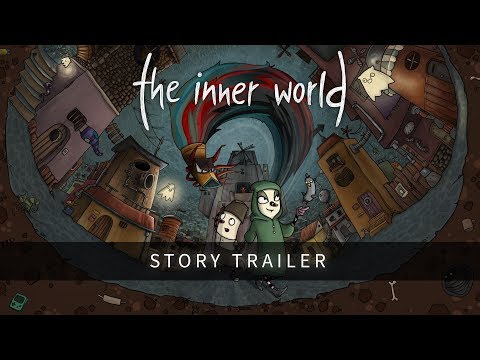 The problems we identified with it that prevent it from utter greatness, though, are: "Clumsy translations, overlong conversations, and technical hitches".

It's probably worth noting that this price is significantly higher than the £1.99 / $2.99 asking price on iOS.

Unless, I'm missing something, there doesn't seem to be any reason for the price difference, either.