Carried by the wind

Studio Fizbin's The Inner World has already picked up plenty of praise and high-scoring reviews after being released for PC back in September.

Tomorrow, this hand-drawn adventure game will 'exchange' its points and clicks for taps and swipes as it goes live on Apple's App Store.

You'll follow a naive court musician called Robert, who spends his time working in Asposia's largest wind monastery. It falls to him, and a thief called Laura, to save Asposia from doom as the three wind fountains that supply air to Asposia run out.

It seems like a fairly typical monomyth narrative in which you follow the rise of an unsuspecting hero. It is, however, one set in a unique fantasy world.

Studio Fizbin describes Astoria, for instance, as an "enormous, hollow space surrounded by an infinite expanse of earth". 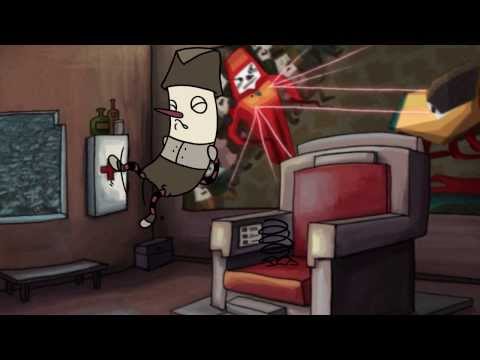 The game's quirky characters - from barmaids to fry cooks and architects - seem to contain sufficient charm and personality to sustain one's interest, too.

As you would expect in a game of this type, The Inner World has plenty of puzzles for you to solve. We don't know the exact constitution of these puzzles quite yet, mind.

Look out for The Inner World on the App Store tomorrow. We'll let you know if it's worth dipping into in our subsequent review.