F2P Horus Heresy: Drop Assault looks like the unholy union of Warhammer 40,000 and Clash of Clans

It looks like the two most prolific things in the world of mobile - games based on Warhammer 40,000 and Clash of Clans knock-offs - are about to collide.

To be honest, I'm surprised it took this long.

The next app in Games Workshop's overflowing shed of Warhammer 40k licenses is The Horus Heresy: Drop Assault - a free-to-play strategy game that looks suspiciously like Supercell's juggernaut.

According to developer Complex Games (let's ignore the irony of that name), you'll "build and customise bases, muster armies, and break the enemies’s strongholds in intense tactical battles." And make clan-style chapters with your pals. 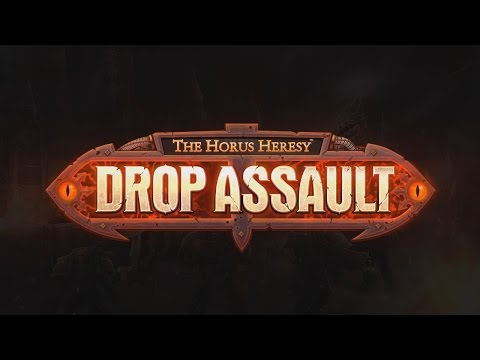 The game obviously focuses on the Horus Heresy event, which was a bloody Imperial civil war. You'll get to pick between being a traitor or a loyalist to the Emperor’s Space Marine Legions in the 30th Millennium.

While this slice of Warhammer fiction has not shown up in many games, "with 29 books out to date, we had no shortage of glorious source material to work through in researching this vast and gritty world," says Complex. 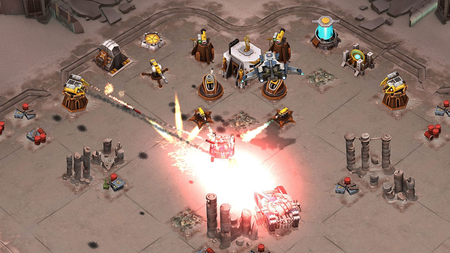 Horus Heresy is due to hit iOS sometime this autumn, and Android sometime after that. We'll let you know.

148 Apps
Next Up :
Infinitoggle, a brand new minimalistic colour puzzler, launches for Android

Warhammer's take on Clash of Clans The Horus Heresy: Drop Assault is also on Android now

For (or against) the Emperor! Horus Heresy: Drop Assault hints, tips, and strategies

Warhammer's take on Clash of Clans, The Horus Heresy: Drop Assault, is out now on iOS