Gtarcade has released a new video for its innovative mobile role-playing game, The Fifth Ark, showcasing some of the new heroes coming to the game as well as some gameplay snippets. It will be available fully sometime this summer.

The video featured as part of our Pocket Gamer LaunchPad stream and shows the debut of five new heroes that have come to the game since the last showcase in the previous LaunchPad. They’re called Carter, Valentine, Catherine, Xia and Kraven and fall under one of four categories: Assault, Tech Expert, Demolitions and Sharpshooter.

You can watch the part of the LaunchPad stream below in which James and Sophia show off the video and discuss the game and its heroes in greater detail. It should also be noted that Gtarcade has teased even more heroes making their way to the game in the future. 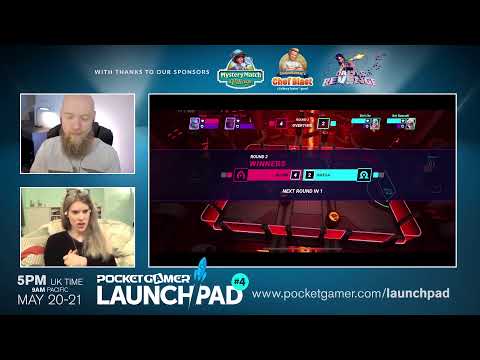 If you’re unaware of what it is, The Fifth Ark is a mobile RPG set in a post-apocalyptic world, where a sudden zombie outbreak has swept across the planet and wiped out the majority of civilisation. The survivors of this cataclysm have organised to fight off the zombie hordes and rebuild society.

You play as the commander of an elite force of heroes known as the Ark, who must take back the last remaining cities from the undead while also uncovering the truth behind the apocalypse. You recruit a wide variety of heroes, from elite government agents to battle-hardened soldiers, and form the perfect zombie slayer squad.

The Fifth Ark is currently available in open beta in Australia, Canada, the Philippines, Indonesia and Mexico, and a full release is planned for later this summer. You can download it from the iOS App Store and the Google Play for Android store.

Check out the rest of our LaunchPad #4 reveals at the official hub page
Next Up :
Blue Archive's An Unconcealed Heart story event is now live