Yoozoo’s upcoming zombie shooter, The Fifth Ark, which is scheduled to release this summer for iOS and Android has received a story teaser trailer today. The teaser aims to give an overview of the game before its actual release.

The game is a combination of an action shooter and RPG with a story that takes place in a post-apocalyptic world that has been wrecked by creepy zombies. The zombies had launched an attack on the humans and have almost wiped out all civilization.

Your in-game character is a lucky survivor of the Day of Reckoning and the leader of the few others who escaped death too. The aim is to survive and stop the infestation of zombie hordes while rebuilding everything from scratch.

The reason for the zombie attacks remained a mystery so it is your duty to unite the survivors and form an army to unravel the truth. Start a recruitment drive and assign various roles to your fellow survivors. A typical army in this scenario must consist of experienced elite government agents and professional vets. 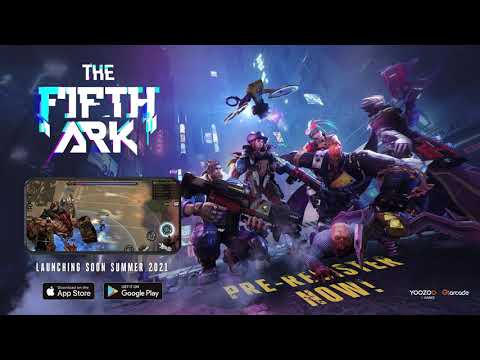 Additionally, players have an opportunity to form alliances and make their team even stronger in this zombie hunt. Although the game allows solo players the difficulty is quite high so players might be better of teaming up with one another.

Get ready to tackle the zombies with your favourite in-game character with their unique skills which can be upgraded later on. Also, it features a lot of new modes which includes individual, cooperative and competitive options. With accurate positioning, strategy and proper skill use eliminate the zombies and keep the hope of mankind’s survival alive.

The Fifth Ark will be releasing on the App Store and Google Play sometime this summer. We'll be sure to update you on exactly when that will be, as always. It will be a free-to-play game with in-app purchases.

On the hunt for more zombie-killing adventures? Well, today's your lucky day! Here are the top 25 zombie games for iPhone and iPad
Next Up :
Mission Zero drops three new character trailers ahead of technical test