A new direct way to play

Halo's tag of 'Combat Evolved' is one of the few that backed up the hype with reality.

But, when it comes to first-person shooters on touchscreen devices, it's clear there's a fundamental problem that needs to be solved, re-invented or revolutionised - however you want to put it.

To-date, most developers have tried to compress the dual-stick approach of consoles onto the two-dimensional flat screen - the left thumb to move and right thumb to aim and fire. It's not been very successful.

Epic/Chair's gesture approach with Infinity Blade certainly worked, but the game wasn't a shooter, while restricting the action to an 'on-rails' approach is perhaps the most honest solution. Fans' reaction to such games - notably id's RAGE - have not been positive either.

"When I first got an iPad, I thought 'This will be good for shooters'," recalls Ben Cousins, GM of the DeNA-owned Swedish studio Scattered Entertainment.

Back then, he was working for DICE on the Battlefield games, then setting up EA's Easy free-to-play division.

"The screen wasn't big but because of its resolution and its proximity to your face, you have an inimate relationship with the game world," he says.

"Playing shooters on iPad reminded me of playing Doom, only the controls were horrible."

Given his professional background, when Scattered Entertainment was formed in 2012, Cousins knew it was going to make a free-to-play shooter for touchscreen devices.

Controls weren't the only challenge for the horror shooter that was revealed in December as The Drowning, though. 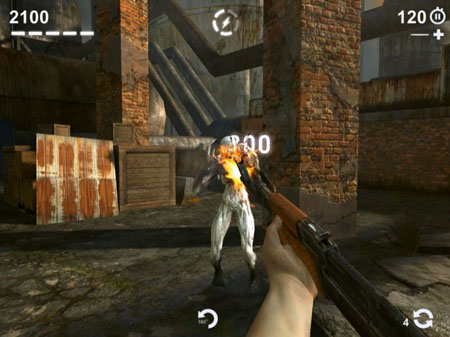 "The game couldn't be focused on multiplayer because you can't guarantee connectivity, so we had to think about creating a free-to-play game with strong single player monetisation options," he said.

To deal with the control issue, DeNA carried out research with 5,000 core gamers, finding out what they liked (or didn't) about touchscreen controls. Cousins also participated in some one-way-window game tests, to see how players reacted to controls and what they said about them.

"At the time, I was thinking about options like accelerometers or cameras, but having that direct control, which is what you have in casual games like Cut the Rope, made sense. That was the inspiration."

Power of the fingers

The result is The Drowning offers an interesting mixture of point-and-click gaming combined with more general touchscreen controls.

To move your character, you simple tap on the screen where you want to go. This position is shown by a white hemisphere, with automatic pathfinding dealing with exact routing. 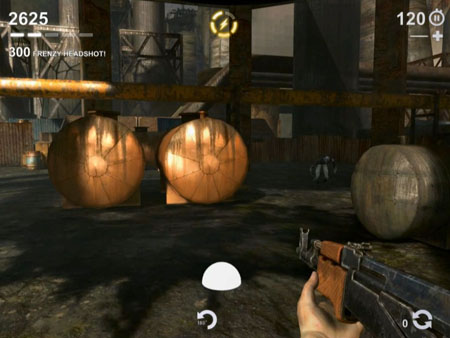 Looking around is simply a case of swiping, while firing and aiming are combined into a two finger press that's designed so you can target moving enemies without moving the camera.

Neatly, your weapon fires at the mid-point between your digits, providing a skill element in terms of accuracy. Any weapons with zoom ability are activated with the usual pinch-to-zoom gesture.

"The game's learning curve is easy at the start, but it ramps up," Cousins says. "The Drowning is all about skill."

Of course, the fact that basic enemies are zombies also helps.

"Yes, they're pretty dumb; they're ambling towards you, and they don't have guns, or jump into cover," he points out. "But later enemies and bosses will challenge you."

You can see how The Drowning's controls work in the following video. The game is due to be released for iOS devices in March. 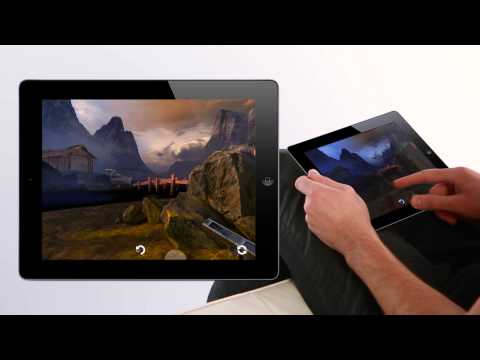 Subscribe to Pocket Gamer on
Next Up :
Fantasy Town Diary: Days 5-7 - The circus comes to Fantasy Town