Or maybe it's that, despite the efforts to improve the former Vita game, it's a poorly-written mess with neat ideas that never truly get a chance to shine.

Whatever it is, I can say this - no matter how much you may be craving a deep, interesting JRPG on Switch, this is probably not going to do it for you.

The Caligula Effect: Overdose throws you into a mysterious virtual world that has been built by two AIs who just wanted to help people escape their suffering - but now they're not allowed to leave.

Everyone in the game is shown as a high-school student, and your character awakens in their school and almost immediately starts seeing the cracks in the program. 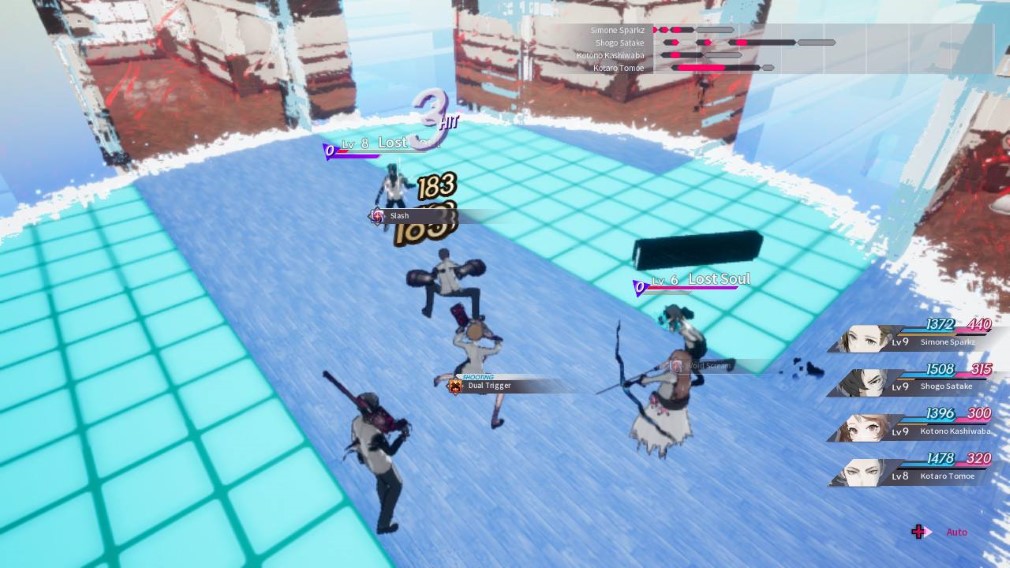 Thankfully you're not the only one, and you join the Go-Home Club in order to unravel the mystery of the world of Mobius and, well, go home.

Interestingly, you can fight off your oppressors by literally turning your trauma into weapons. Your character, for example, summons two massive pistols to deal damage against enemies, while your friends in the Go-Home Club summon a range of melee and ranged weapons of their own.

The combat is perhaps the most exciting part of the game. You can chain together up to three attacks each turn, allowing you to put enemies into specific states or spend some time healing or moving every time you're given control.

As you chain these moves together, you get to see it all play out before you confirm your actions in a virtual recreation of your attack. This lets you make changes to your attack before you set it in motion, giving you a decent idea of how the next few moments are going to play out.

What makes this interesting is that you can set chains for your entire party, putting together intricate and devastating combos which annihilate your enemies in a matter of seconds when done right.

That said, because of how much stopping and starting there is in each battle, battles against weaker enemies become an annoying chore of stacking attacks when you know you're just going to blitz them in your first move.

The combat system has its pros and cons, but The Caligula Effect: Overdose as a whole is so full of bad ideas that you may have already switched off before you even get to the cooler parts of battles.

For a start, the writing is truly dreadful. Never mind the misguided metaphors of using trauma as a weapon - even the most basic dialogue is full of boring tropes and lengthy, pointless exposition that flips between saying too much and not nearly enough in the bat of an eye. 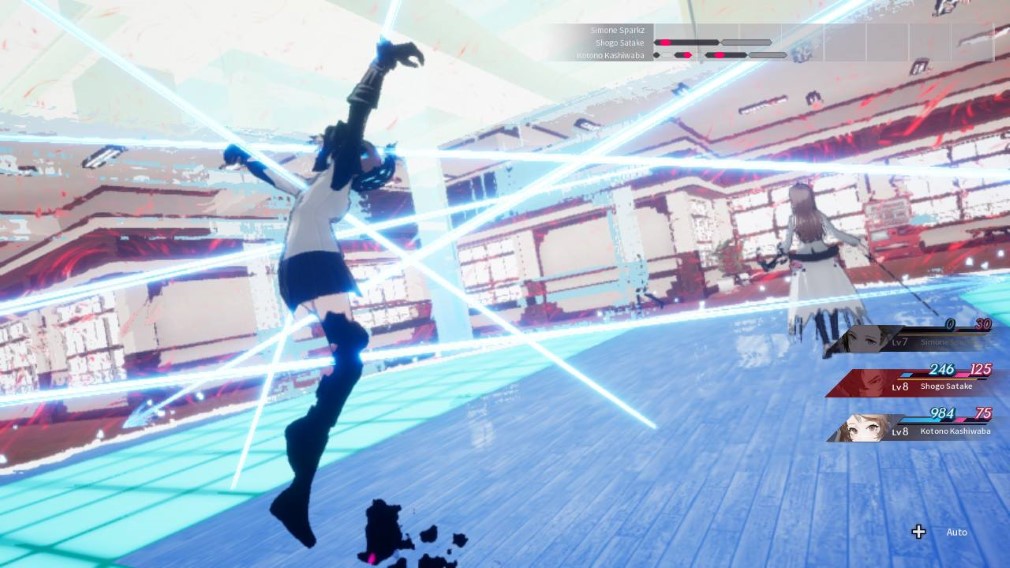 Things don't improve much graphically either. This used to be a PS Vita game, and it shows. Faces look washed out, its recycled environments are incredibly obvious, and even the flashiest of special moves don't look particularly exciting.

And god, the music. Unless you're a fan of hearing a loop of a two-minute J-Pop song on repeat for two solid hours, you're going to want to switch the volume off for this.

There's really nothing much I can say that's positive about The Caligula Effect: Overdose. It may be an improvement on its first outing, but that's a tough thing to do when the original experience clearly wasn't up to snuff.

Take the combat and put it in a more interesting world, and you'd have a hit on your hands. But as it stands, this is a hard pass from me.

The Caligula Effect: Overdose has one good idea, and it squanders it with a bunch of other terrible choices
Next Up :
UFO99 review - "A fun little arcade game on the go"