The Binding of Isaac: Rebirth is set to hit PS Vita before the end of the year

The Binding of Isaac: Rebirth is set to hit the PSN on November 4th, which means Vita owners will be able to play the decidedly grim roguelike from the comfort of wherever they happen to be at that particular point in time.

The game mashes together chunks of Zelda, Smash TV, and a handful of other influences into a grotesque, randomly generated adventure full of squelchy death and a good dollop of unpleasantness.

There's more than 500 hours of gameplay if you want to discover all of The Binding of Isaac's secrets, and plenty of pretty awful weapons to create and combine.

The game is being released on PS4 at the same time, but we don't know whether it'll feature Cross Buy or Cross Play, or how much it's going to cost.

Don't worry though, we'll let you know as soon as we hear anything. In the meantime why not check out all the GIFs on the announcement story over on the PlayStation Blog.

Alternatively, check out the trailer below. It's pretty NSFW, and if you're of a nervous disposition you should definitely watch it and freak out. 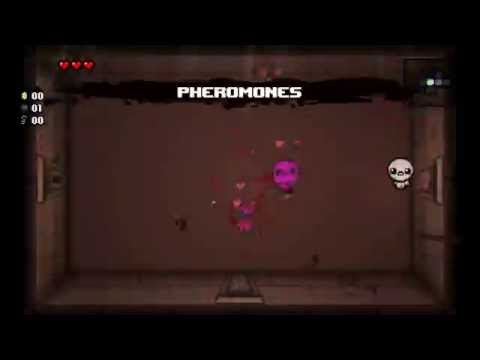