Seven new games you should be playing on NVIDIA SHIELD

From zombie-hunting to space exploration, there’s a lot to love on SHIELD

Android
| The Battle of Sol 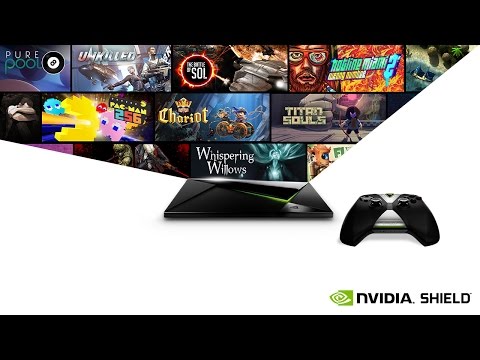 Subscribe to Pocket Gamer on
NVIDIA SHIELD Android TV is NVIDIA’s third-generation entertainment platform built to deliver a huge selection of content from stunning 4K video on Netflix and YouTube to blockbuster PC games streamed directly from the cloud or by a nearby PC via GameStream.

NVIDIA SHIELD is also designed to play the best games available on Android. Powered by NVIDIA’s next-gen Tegra X1 processor, SHIELD Android TV is home to a massive library of titles that run directly on the device itself. Here’s a look at the latest and greatest games on SHIELD. 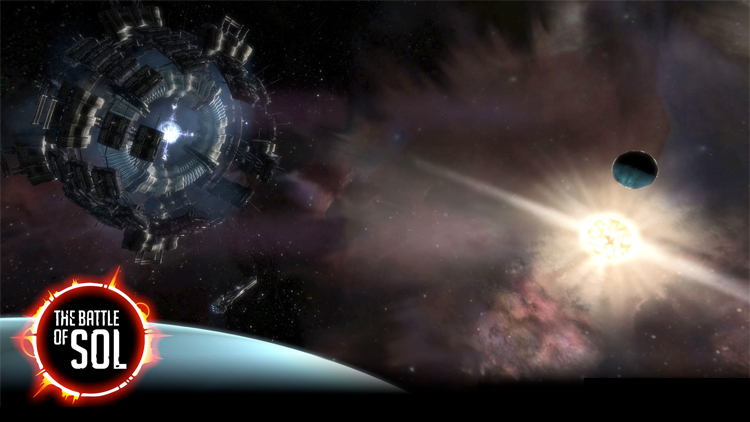 In space no one can hear you scream. Which is just as well, given the stress you’ll be experiencing in this game. The earth is ruined. We used it up and spat it out so we have to find somewhere else in the solar system and beyond to live.

This is the rather bleak premise of The Battle of Sol. If this were not a dismal enough situation, the sun is also dying faster than expected and the earth’s population – going under the name of The United Colonies of Sol – also have to contend with an enemy faction called Children of the Dawn.

What follows is an epic space opera in which you have to complete a series of missions in order to secure the future of the human race. You will engage in frantic dogfights, massive battles between huge Capital ships, escort missions, destroying oil refineries, and raiding space stations. 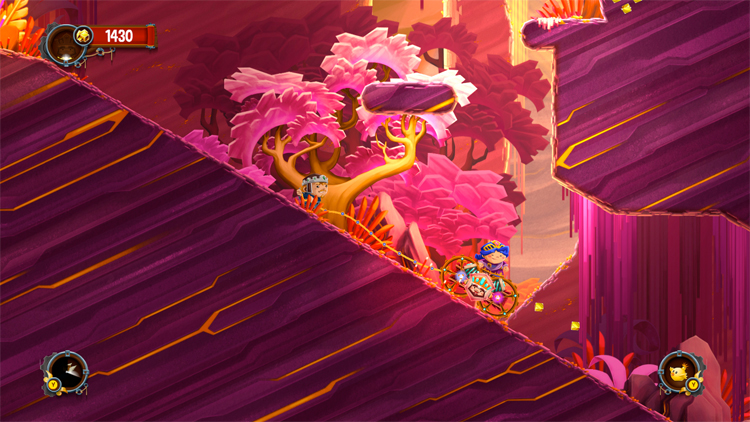 Chariot is a game that boasts lovely graphics, slick scripting and unique gameplay, which make it a real gem to play.

The king has died and it’s up to his daughter and her suitor to place his remains on a chariot and drag it vast distances to its final resting place. Sounds like a bit of a chore, right? But it’s actually quite a clever idea for a thoroughly entertaining platformer.

You can push the chariot over small obstacles easily enough. But for larger obstructions you need to grab a rope and drag the thing up and over platforms being careful not to fall off yourself in the attempt.

As you progress, collecting treasure along the way, you will also encounter enemies who are out to rob you. It’s great, and even better in cooperative mode where two players can manipulate the chariot in order to reach new areas. It’s also very amusing with the king’s ghost constantly making snide comments about your performance. 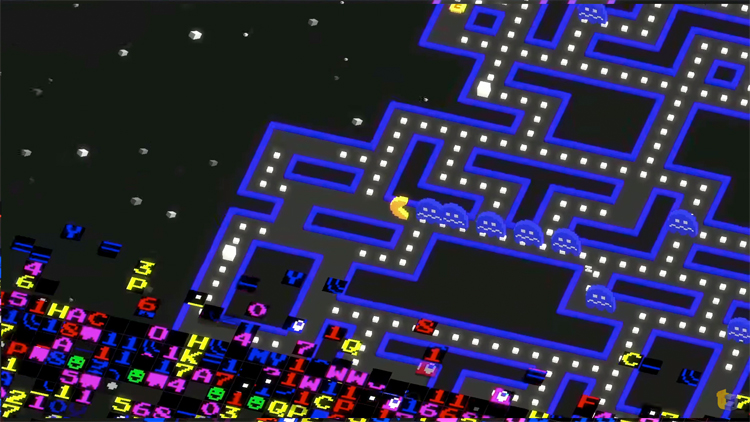 The makers of Crossy Road (over 50 million+ downloads) have turned their talents to reinventing the Namco Bandai classic arcade game Pac-Man.

In Pac-Man 256, rather than being restricted to a single screen maze, you have to traverse an endless, randomly generated maze, eating pellets, avoiding ghosts and using power pellets to occasionally make those ghosts vulnerable so you can eat them. Unlike the original Pac-Man, you can now collect bonus weapons.

The other twist comes in the form of a reference to the original game. When Pac-Man players reached level 256 a bug caused the game to crash and fill half the screen with garbled graphics.

This game uses this as a gameplay feature. If you hang around too long, these glitchy graphics start to intrude on the screen making the whole thing a race against time. It’s brilliant and, arguably, even better than the original classic. 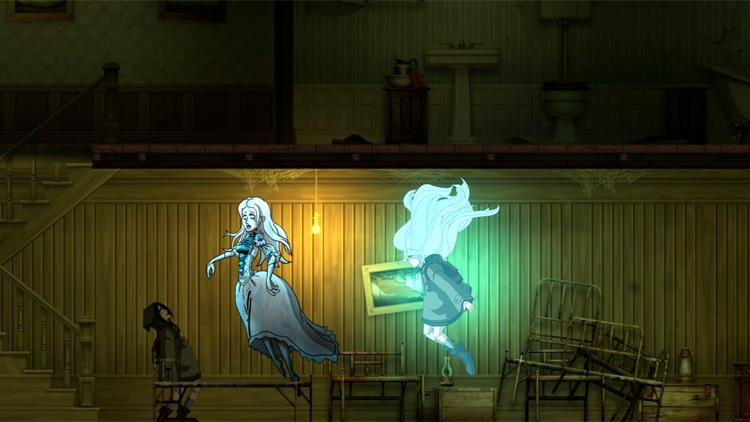 This beautiful and thought-provoking indie adventure is perfect for the whole family to enjoy. It’s presented as a horror story, but as a pleasant surprise plays more like a dark fairytale ghost story.

The game’s protagonist is a young girl called Elena whose father, a groundskeeper at a derelict mansion house, has disappeared. Elena heads off to try to find him. Elena is special in that she can cause her spirit to leave her body.

The result is that while Elena can do the exploring and moving of physical objects, spirit Elena can contact the spirits of the dead who give her clues as to the tragedies that befell the mansion’s residents and the whereabouts of the missing parent.

The feel of the game is of an old school point-and-click adventure although you actually progress using directional controls. The puzzles are fairly straightforward but the game’s real strength is in its storytelling and the wonderful graphical style… it’s like playing an interactive animated film. 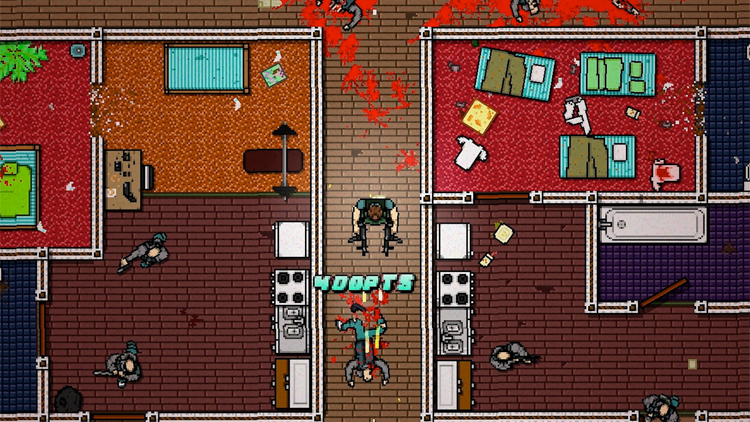 This is like taking a step back in time to the days of the original Grand Theft Auto. Hotline Miami 2 is a top-down shooter that is unapologetically violent.

In the original game you only got to play as two main characters, Jacket and Biker. This time there are thirteen unsavory stars to get to grips with.

Each character has his own strengths and weakness. One might have heightened athletic abilities, another can use multiple weapons, while another is skilled in close up melee combat.

The ability to, at various times, roll under gunfire, chainsaw people to death, or fire off two machine guns at once is not only extremely questionable but also immensely good fun.

Each level presents you with a different combo of characters with the story being told from different characters’ points of view. And when you finish the game, you unlock the new Hard Mode which delivers tougher enemies and a reduced set of skills to make things even more demanding. 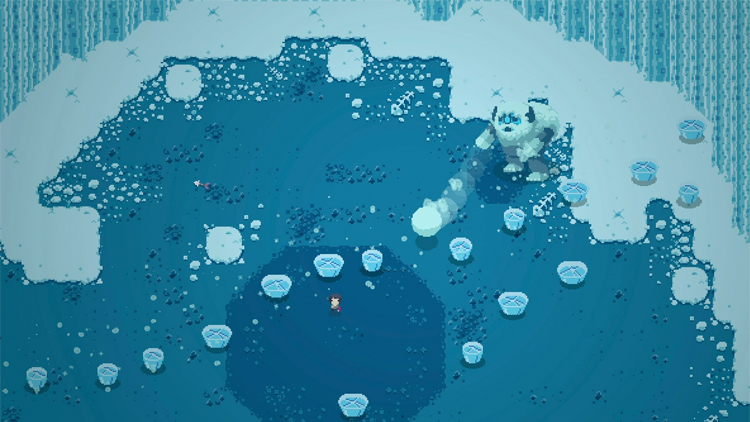 Titan Souls started out as a little project created in a couple of days during a game jam. But the potential for it was so great that the indie team behind it have expanded the whole thing into a fully blown commercial release.

It’s an incredibly simple game, but also incredibly difficult. The idea is that you play a lone warrior with a single arrow and it’s your job to track down and defeat 20 Titans. The Titans are basically Boss characters. Each has its own attack style and each can be killed by a single arrow.

However, once you have awakened a Titan, it immediately begins to attack you, quite vigorously, so you have to both avoid its attacks by rolling out of harm’s way and discover its unique weak spot in order to fell the beast with a single arrow shot.

Unfortunately you can also be killed by a single blow so you will die many times over in the attempt. Frustration plays a large part but so too does a triumphant feeling when you finally defeat a Titan. The pixel art graphics are pretty cool too. 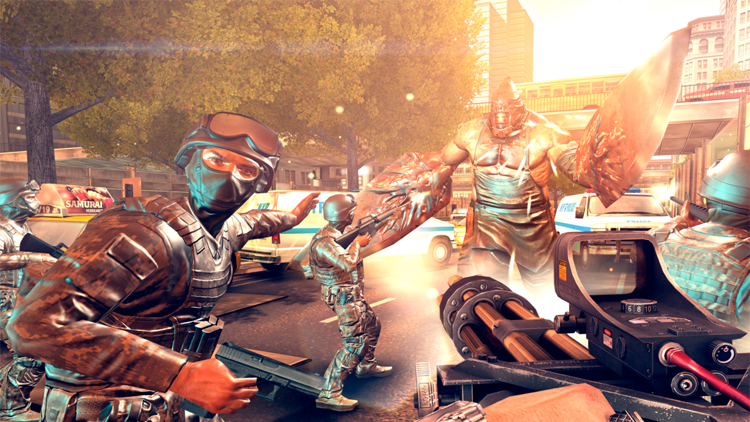 You can’t have too many zombies… well, not in gaming terms, anyway. Unkilled is a stunning looking new first-person shooter in which Joe, a former US Special Forces soldier heads up a team of private military operatives called Wolfpack.

Marauding hordes of zombies have been unleashed and it’s up to Joe and crew to sort them out.

These are no ordinary zombies though. As well as the general common or garden zombies, there are also boss zombies and they are truly something to behold.

Among many there is the Minesweeper, a huge undead aggressor who has been fused with a submarine mine and explodes to devastating effect if you get too close. You also meet Butcher, a nasty piece of work with a giant blade grafted onto his arm.

Fortunately there’s a massive arsenal of weapons at your disposal from a humble tomahawk axe to a fearsome Gatling gun. It’s big, brash, mad and extremely good, if gory, fun.


What's A Preferred Partner Feature?
From time to time Steel Media offers companies and organisations the opportunity to partner with us on specially commissioned articles on subjects we think are of interest to our readers. For more information about how we work with commercial partners, please read our Sponsorship Editorial Independence Policy.
If you're interested in becoming a Preferred Partner please click here.
Next Up :
Seven Knights 2's Carnival event celebrates 200 days since the game's launch with new heroes, a collaboration, and lots of rewards