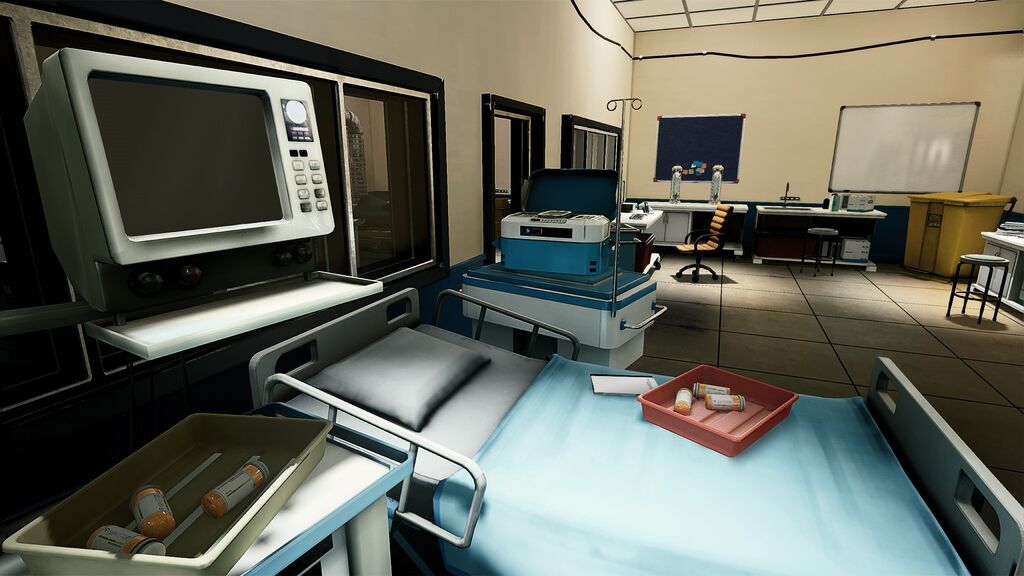 Playing VR games at the moment is a bit like playing touchscreen games just after the iPhone came out. The promise of this new platform is obvious, but we're in a phase of evolutionary experimentation as developers attempt to establish the rules of VR game design.

Adventure game The Assembly contains a big experiment in terms of its controls, but we'll get to that later.

You play as a gifted individual called Madeleine, and also as Cal, her ally. The Assembly of the title is a covert illuminati-esque organisation made up of manipulative geniuses who perform underground experiments free from government scrutiny. Madeleine is a new inductee, while Cal is her increasingly disillusioned inductor.

The story, which developer nDreams was understandably reluctant to tell me too much about, pits Cal and Madeleine against the sinister Assembly and possibly the authorities as well.

Welcome to the club

The game begins with an on-rails section in which you're strapped to a trolley and steered into a secret desert base while secondary characters and events (note: an ominously dead bird) discreetly lay the foundations of the story around you. It feels very like the opening sequence of Half-Life.

After this sequence I got to play as Cal for a few minutes, carrying out simple tasks in a laboratory by following prompts in the world.

At one point during this section I peered into a microscope to manipulate a virus in 3D. I also got to steal a snack from a fridge (and indeed to lean forward and put my head inside), even though an email correspondent told me not to. This is how the illuminati behaves. 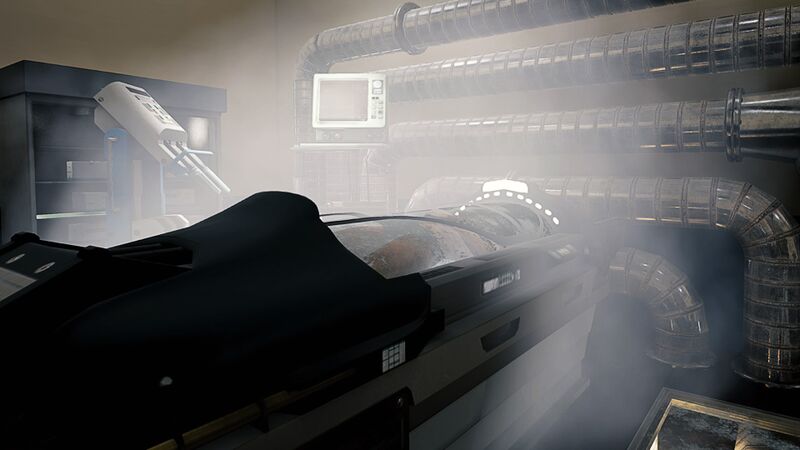 Though it doesn't have to be. nDreams was keen to stress that actions in the game have longer term consequences. E.g., whether or not you take the snack will determine how the character who asked you to leave it alone will behave later on.

Next I got to play as Madeleine again, briefly, in a dinner party whodunnit scenario laid on by The Assembly to test my intelligence. Coin-operated dummies sat around a table, dispensing clues, while one of them slumped forward with a knife in its back.

I didn't have time to solve any mysteries, so I just explored the world, spinning a globe, examining the pile of the floor rug and the grain of the table wood.

At this stage, The Assembly doesn't look perfect, but the problems are mostly confined to the details – the badly proportioned fruit on the table, the computer monitor that doesn't change in appearance when you check your emails, etc. nDreams has time to optimise that stuff.

But it's the controls that most will struggle with – or rather, one of the control options, designed to help prevent motion-sickness. While The Assembly does provide standard dual-stick controls, which I asked to try, and were fine, I spent most of the demo struggling to get to grips with VR Mode.

Here you use the left stick to move around and the right stick to snap forward, left, right, and back. At first this is intensely disorienting. Your muscle memory compels you to move the right stick as well as the left, with the consequence that you keep suddenly finding yourself looking into a corner and wondering what the hell just happened.

I managed to overcome this pretty quickly, but found that the only way to stay oriented was to square myself against a wall before changing direction, which is clearly quite an unnatural way of moving around. VR Mode also lets you teleport by holding circle and choosing a spot.

nDreams is working on a third control scheme that lets you move to a particular point on rails. I didn't get to see it because it wasn't ready, but it sounds a bit like the movement is Dishonored.

This slightly odd control scheme – which, I stress, you do not have to use – may well be the best way to combat motion-sickness. nDreams is conducting its own experiment with VR control schemes and only time will tell whether it proves successful.

For now, The Assembly is shaping up to be a solid, slightly camp, and fascinating adventure VR game however you choose to play. It should be out early next year on PC and PS4.

You can watch somebody doing some of the stuff I did in the video below. 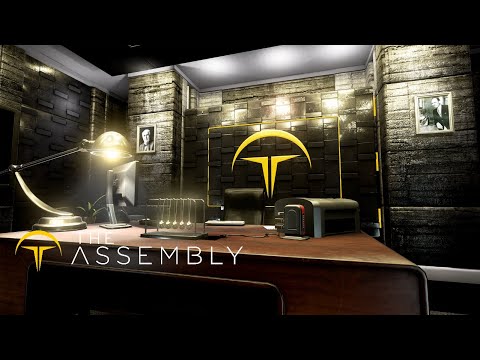