We've talked about The Adventure Pals before here on Pocket Gamer, though back in the day there was a 'Super' in the title. The reason we're bringing it up again is that it's now on its way to Switch. 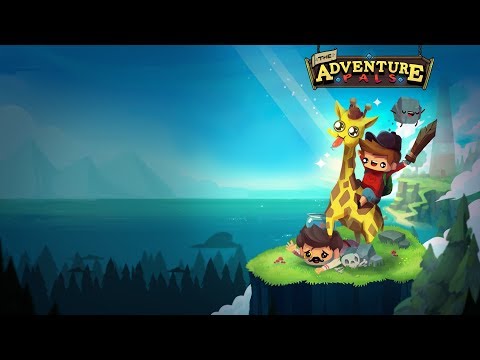 Subscribe to Pocket Gamer on
To fill you in quickly, The Adventure Pals is a side-scrolling action adventure platformer (deep breath) which has a bit of a 'Adventure Time meets Scribblenauts' feel about the art style. It's a game about friendship, saving your papa, and a boy's love for his giraffe. No, that's not a euphemism.

A few years back I tried out the game in its baby stages and it was an absolute riot. It was cute, fun, wonderfully weird, and hugely witty in all of the best ways, and it looks like it's only gotten better and better with age - like a good cheese.

What's more, since it's coming to the Switch it's implementing a neat local co-op feature. Armor Games has released a meaty video showing off the drop-in/drop-out co-op and a ton of gameplay if you're interested.

The Adventure Pals lands on Nintendo Switch, PC/Mac, and console on April 3rd for $14.99.