Featuring four new playable tracks, Tetris Beat's update adds more musical mayhem and melodic delights to its roster of Dance, Hip Hop, and Pop music. Players can pick different game modes to suit their personal tastes, whether they're manipulating Tetriminos to the beat in Drop mode or customizing their own soundtracks in Marathon mode. 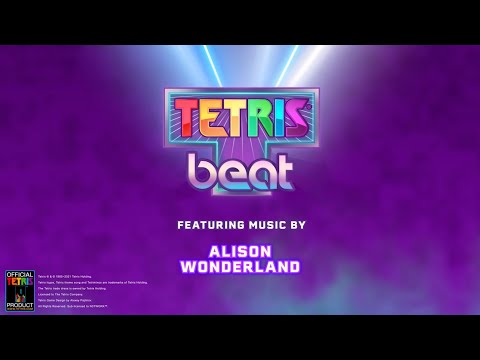 "I played Tetris all the time when I was in college, especially during exam season, when I'd have little study breaks to reward myself with a round of Tetris," says Katherine Ho. "Tetris was like a supportive friend that helped get me through stressful times, and it's such an honor to have my original music be part of a game that I've spent so much time playing! It's even cooler that I get to pay homage to my Asian-American heritage through it being in Mandarin. Much gratitude to Jason Chu for being the best co-writer and translator, and to CHOPS Music for the incredible beat and production."

“I’ve always dreamt of creating soundtracks for video games… and now I’m awake, doing music for the #1 game of all time!" says DJ Qbert. “Arranging the studio, consolidating the car trunk, etc... everyone's doing the Tetris! I even apply the phenomena to my skratch combos!”

Eager to try it out? Tetris Beat is available on the Apple Arcade subscription service for $4.99 a month.