Terraria 2 will be heading to mobile and handhelds around launch

Since October 2013 landed upon the Earth, it's become public knowledge that Terraria 2 is on its way in the distant future.

Creator Redigit (aka Andrew Spinks) came back after a development break to announce and talk about his intentions for the sequel to the popular sandbox-crafting adventure game.

Speaking to RPS, Spinks admitted the limitations of the Bronze Award-winning Terraria, and declared his desire for infinite worlds for players to freely explore in the sequel.

There's not many more details regarding features and gameplay details of Terraria 2 yet, though. That's mostly because development hasn't really started upon it yet.

Since the original Terraria launched on PC first, before spreading out to other platforms, most of the talk about the sequel has revolved around that platform. 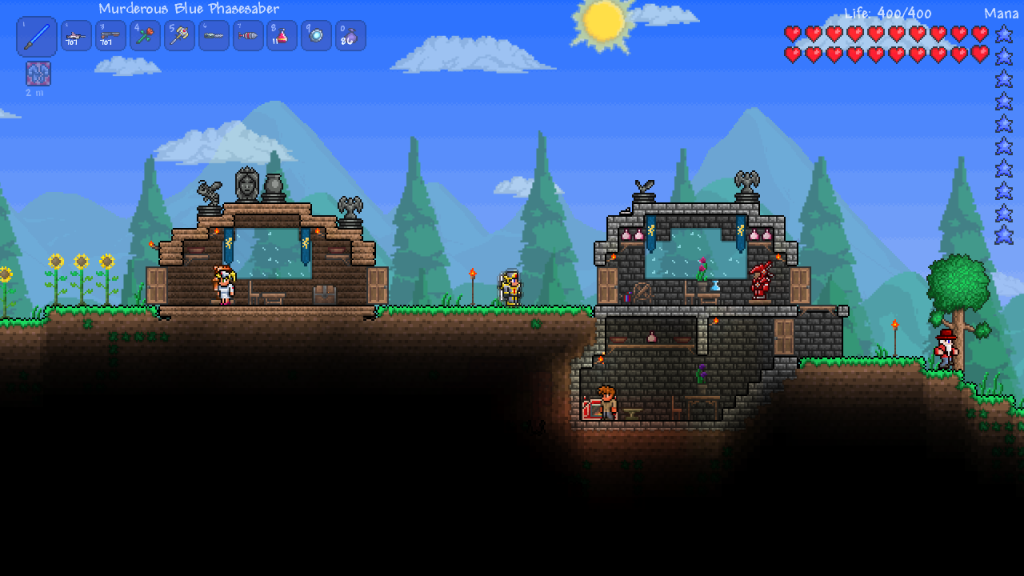 But we don't cover PC games on PG, so we stepped into Spinks's virtual office with the intention of finding out what the plans were regarding other platforms for Terraria 2.

Here's what he told us, but be warned 3DS fans, you may feel a twang of disappointment.

"I am wanting to code Terraria 2 in a more portable language so it can be released on multiple platforms at launch or close to launch," Spinks told PG.

"3DS is something I was very interested in getting Terraria on but the system unfortunately cannot run Terraria the way it needs to be ran."

So there we have it. Looks like we can expect Terraria 2 to come to mobile and handheld platforms on, or close to, launch. But the 3DS? Not going to happen any time soon.

We'll keep an eye out for more significant details regarding Terraria 2 as development gets under way. For now, either play the original on your mobile, or wait a little longer for the Vita port.