Teppen cheats, tips - What Teppen is and how to play

If you were browsing for a few new mobile games over the weekend and got side swiped by a brand new game with the likes of Ryu and Chun-Li on the cover, then you're not the only one. Capcom released Teppen to the world with little fanfare, but it's a damn good mobile game.

Worlds away from Capcom's previous, and failed, attempts at breaking into the mobile market, Teppen is a real time card game with a cast of colourful Capcom characters at the helm.

There's loads of unique cards, abilities, and the kind of nuance you would expect from a game that asks you to build a deck. It can get overwhelming, but that's exactly why we're here to help.

Read on for everything you beginners need to know about Teppen. 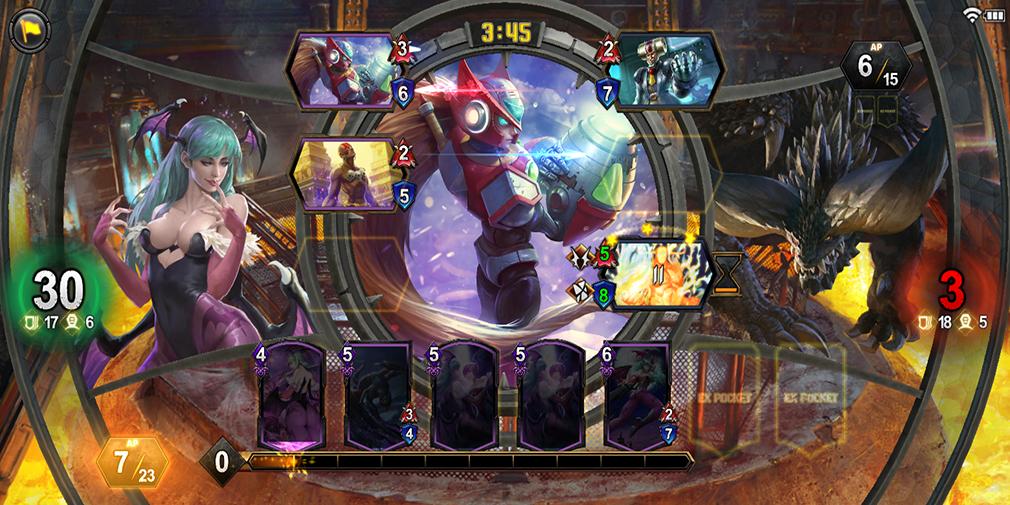 As mentioned, Teppen is a real time card battler that will see you taking control of heroes and villains from across the Capcom universe, including Ryu, Mega Man, Nergigante, Albert Wesker, and, of course, Morrigan.

The characters come together to, erm… Do battle, I guess? You lay down unit cards, which are also characters from the Capcom universe, in one of three slots, and once summoned, they will send an attack over to their opponent. Slowly.

In the early game, you primarily need to watch your AP gauge and how much AP each card requires to use. It's also good to note that Unit cards have square corners at the top, while Action cards are rounded. Action cards only bare effects, while Units will be doing damage and protecting you.

Place down units, and put them in front of your opponent's forces to have them take the damage, instead of your hero. Once your defence points are used up though, it's game over for that unit.

Action cards don't really attack enemies, only bare effects. Tap them once to get a description of their effects.

Once an action card is used, it activates a counter system. You get 2 extra AP to use in that time on Action cards only, and can possibly counteract the enemy attack.

But it's also good for simply using an action card you intended to use anyway, since you can only use the 2 AP in that moment.

Even units can have special effects, and a quick tap will reveal them too.

These can turn the tide of battle if used wisely.

If you want more characters to play as, head through the single player and Hero Stories mode, where you can do quick battle with each hero to unlock them and their deck.

This will of course give you many more options to choose from when heading into PVP battles.

You can also destroy (Reap) cards for Souls, and use those to craft new cards. Great if you have more cards than you will ever need.

0/3
Next Up :
Omega Strikers Asher best builds and tips