The Netflix roster just kept getting bigger and bigger this year, and next year is no different - Dotemu, Tribute Games and Nickelodeon have teamed up with Playdigious to bring Teenage Mutant Ninja Turtles: Shredder's Revenge to subscribers of the streaming service soon. Mobile gamers on both iOS and Android will soon be able to get their hands on the game's frenetic frenzy across 16 levels filled with nostalgia.

In Teenage Mutant Ninja Turtles: Shredder's Revenge, players can look forward to battling Bebop, Rocksteady, Baxter Stockman, the Foot Clan, and - of course - Shredder himself to get to the bottom of the bad guys' assault on Channel 6. Up to 6 players simultaneously can take on the role of the "heroes in a half shell" in this fun-filled beat ’em up featuring pixel-art visuals and unique combos. 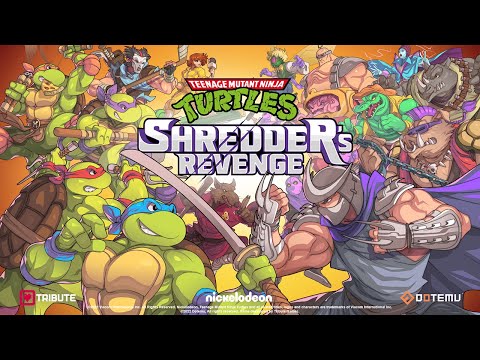 The game also boasts fan-fave locations whether across the busy cityscape of Manhattan or the mysterious Dimension X. Fans of the 1987 classic will no doubt have plenty to enjoy from the "gnarly game design" as they take on the role of Leonardo, Raphael, Donatello, Michaelangelo, Splinter, April O'Neil and Casey Jones.

Eager players can soon download the game for free on the iOS App Store and on the Google Play Store with a Netflix subscription and enjoy ad-free gameplay with no in-app purchases. There's no official release date on mobile just yet though, but for now, you can check the Steam page for user reviews and more info while you wait, visit the official website, or have a look at the embedded clip above to get a feel of the game's visuals and gameplay.

Are you on the hunt for more similar titles that will put your skills to the test on your mobile device? Why not take a gander at our list of the best multiplayer games for Android?

Next Up :
Fortnite brings back the Reboot Rally as Chapter 4: Season 1 launches

TMNT: Shredder's Revenge review - "Retro beat 'em ups are back with a vengeance"

Teenage Mutant Ninja Turtles: Shredder’s Revenge lets players join the Heroes in a Half Shell in a retro beat 'em up, out now via Netflix