Build a team of heroes and villains from series' history

First announced back in June, Teenage Mutant Ninja Turtles: Mutant Madness is now available globally for iOS and Android. This action-RPG comes from Kongregate's Chicago-based studio Synapse and will see players making a team of heroes and villains from across popular franchise's storied history.

Players will have to collect different characters through the usual gacha means before forming their ideal squad. From there they'll have to take to the streets – and sewers – of New York City and battle against powerful bosses in PVE and other players in PVP.

Each character will have access to their own Super Skills that will be capable of turning the tide of battle. Naturally, all of these heroes and villains can be levelled up to gain new special attacks and skills to help deal with their enemies.

There's also a building aspect to Mutant Madness too as you construct parts of the Turtle Lair. Players will be able to unlock and upgrade a variety of different rooms that will aid their characters. These rooms will continue to gather resources even when the game is offline. 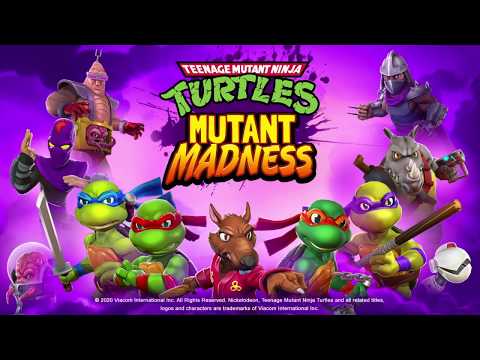 He added: “We know fans will love the engaging combat in Mutant Madness and the deep collection systems. We can’t stop playing and know they won’t either. I’m very excited to continue bringing our uniquely ‘Kongregate’ creativity to the mobile games market through our growing franchise titles!”

Teenage Mutant Ninja Turtles: Mutant Madness is available now over on the App Store and Google Play. It's a free-to-play game with in-app purchases.

Looking for other RPGs to play on your phone? Here are 25 of the best for iPhone and iPad
Next Up :
Gordon Ramsay’s Chef Blast tasks players with renovating a run-down kitchen in the latest Kitchen Makeover update