Take the monster-raising world of Pokemon, mix it with the adorable artwork of Scribblenauts, and toss in a bit of light tower defence and you should have a winner on your hands.

No doubt that's what Mobage thought when it released Team Monster, and the game comes tantalisingly close to greatness.

Unfortunately, it doesn't quite evolve the way you might want it to, and while it might scratch your monster collecting itch for a while it'll ultimately leave you dissatisfied.

In Team Monster, your goal is to build a squad of monsters and use them to clear an island of its evil inhabitants.

Once this is done, you'll ship off to the next island and repeat the process all over again. Each island is broken up into multiple stages, but most play the same.

You start out with your team of monsters and position them and yourself with quick taps on the screen. Waves of enemies then appear from the edges, and you have to coordinate your defences accordingly.

It's all good fun at first, but unfortunately in later stages it becomes next to impossible to coordinate your units, as a crowded screen makes it too easy for a smaller monster to get lost behind the bulk of a larger one.

Should you succeed in navigating this mob of monsters, you'll earn some small rewards for clearing a stage, with larger rewards available if you feel masochistic enough to repeat the process a few times.

Team Monster starts off with a simple and unique premise - you're a shipwrecked survivor with a pet chicken who can control local wildlife.

Points for creativity right out of the gate, then, but once you step into the role of your survivor you start to see a lot of familiar trappings - a random monster lottery, an evolution system fuelled by combining duplicates, a heavy reliance on premium currency, and (naturally) an energy mechanic to gate your playing time.

There's nothing wrong with this free-to-play model in theory, but it's so predictable you'll know exactly what to expect after a few minutes of gameplay.

Worse, if you want to advance to any appreciable extent - or have a better chance at securing higher level monsters in the hatchery lottery - you'll need to warm up to the idea of investing a healthy amount of hard currency into the game. 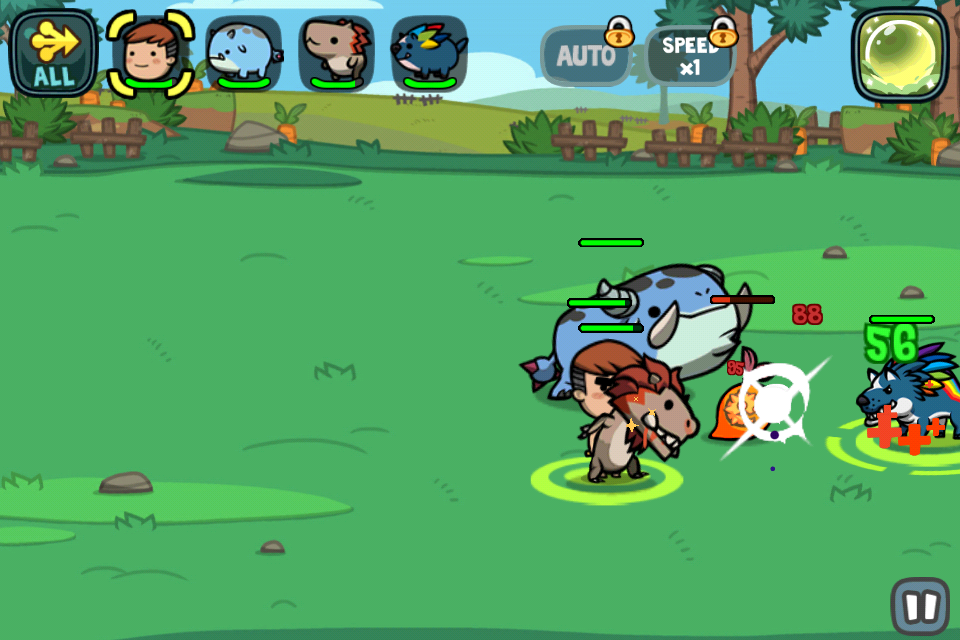 The allure of fast and frantic wave-based tower defence with a team of Pokem... monsters... sounds entertaining at first, and it certainly is, but it wears thin quickly.

Worse, the clunky combat interface will turn many mid-to-hardcore players off of Team Monster, while more casual players will likely start looking for the exits earlier due to the linear stage progression and lack of low-investment mini-games.

A good premise that falls a bit flat, Team Monster might be worth a few hours of play time but lacks the depth and polish necessary to make it an easy recommendation
Next Up :
Alien: Isolation review - "Chestbursting fun in the palm of your hand"