Three characters from the popular anime join the game

Abyssrium, FLERO Games' popular clicker, has just received an update that introduces a new monthly theme, a host of different events for players to enjoy and a collaboration with the anime and manga Bonobono. 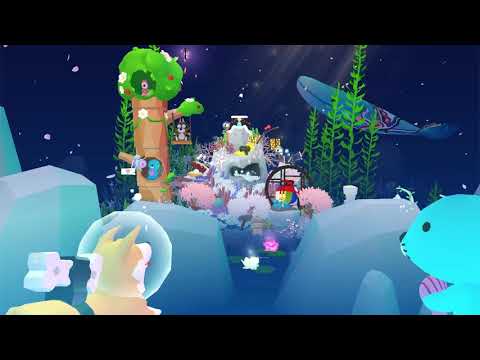 First up, January's theme will be based around New Year. Both fish and deep-sea tanks will be introduced that feature New Year scenery of various Asian cultures such as South Korea, China and Japan. There will also be event fish appearing with various East Asian materials including hanbok, fairies, and pipas.

Those who manage to collect all of these event fish will be given a traditional pattern whale as a reward.

Joining all of these sea creatures will be other special fish from previous events.

Meanwhile, three main characters from the anime Bonobono will be arriving in January. The titular Bonobono, a sea otter who has a gentle personality but is also very naïve, the mature and playful Raccoon (Araiguma-kun) and the cheeky Chipmunk (Shimarisu-kun). Fenny (Fenegi-kun) will also make an appearance as an object alongside the Tree House once all character decorations have been collected.

Beyond that, there will be a host of different events to take part in, such as Mystery Egg. This will give players a chance to meet some new bird friends including the Gyrfalcon, Blue Grosbeak, Wandering Albatross, Hoopoe, and Snow Bunting.

In addition to that, they can grab various rewards simply for logging into the game, with a firecracker available on the 12th day. Finally, there will be bingo events offering various rewards across 16 missions, hidden fish search events and more.

Abyssrium is available now over on the App Store and Google Play. It's a free-to-play game with in-app purchases.