Keeping up with its relaxing nature filled with ambient water droplets and soothing whale calls, the game tasks you with a low-key 5th-anniversary quest you can clear in the Abyss Tank, as well as a Magic Stone coin collection event to round out the feel-good vibes. Beginning on June 3rd, players can not only enjoy all the exciting new marine life additions to the game, but also revisit 16 previously featured event fish just for the anniversary. 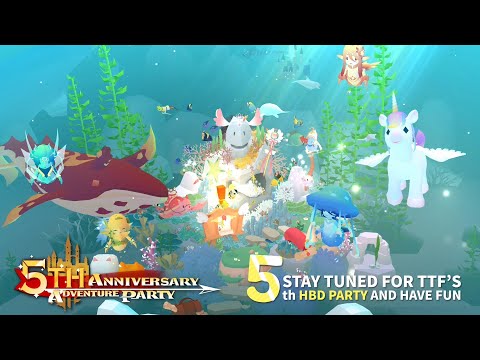 There will also be Extension Missions players can complete to acquire 8 types of extension, plus magical elemental fairies (fire, wind, water, and earth) users can collect by clearing events throughout the celebration. Completing all four elements rewards players for their hard-earned effort with a special prize!

You can score tons of decor, a limited edition anniversary party tank, and even an exclusive Rainbow Unicorn character all throughout the event, so be sure to download Abyssrium on either iOS or Android to join in on all the fun.

What's A Preferred Partner Feature?
From time to time Steel Media offers companies and organisations the opportunity to partner with us on specially commissioned articles on subjects we think are of interest to our readers. For more information about how we work with commercial partners, please read our Sponsorship Editorial Independence Policy.
If you're interested in becoming a Preferred Partner please click here.
Next Up :
Polity is a life sim MMORPG where you can rule or be ruled, out now on Early Access on iOS and Android