It has you playing as one of five characters as they run through procedurally generated monster-filled dungeons, slashing as they go.

You only need to tap to tell them where to go, moving left and right for the most part.

They'll slash through the hundreds of undead ghouls and yucky demons you come across automatically. The same goes for the boss at the end of each stage.

The catch is that your weapon has limited durability so you need to find pick-ups to restore it to full strength. If you run into a monster with a broken weapon then you'll die.

The further you go, the quicker your weapon will deteriorate. This means that you'll have to react quicker on harder levels as your character persistently dashes into danger. 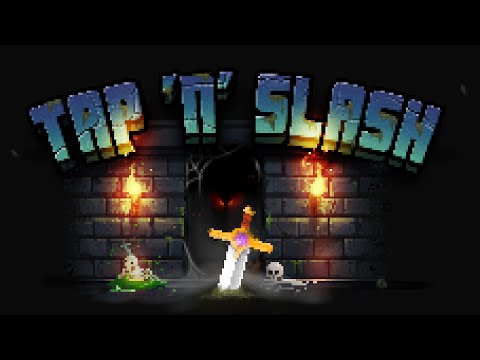 Tap 'n' Slash is the next game from Invictus, who is currently in the latter stages of testing it out before it brings it to iOS.

We're hoping it also arrives on Android as well, given that Invictus usually brings its games to both mobile platforms. But we don't know about that right now.

We do know that it'll be supported by ads. And that you can spend out on an IAP to remove the ads if you wish.

We'll have more details on Tap 'n' Slash for you soon, hopefully.