The highly anticipated release of Outfit7’s Talking Tom Hero Dash is just around the corner and we can’t wait for it. It’s a fun and accessible superhero-themed endless runner that sees you travelling the world to reassemble the Talking Tom Heroes, the ultimate team of superpowered friends.

The Talking Tom and Friends series is one of the most popular and recognisable names in the world of mobile gaming. Over the years, the games themselves have become diverse in terms of genre, style, and visuals. And the company has expanded its portfolio to include an award-winning 3D CGI animated series, digital video content and more. Recently, Outfit7 launched a brand new action-packed animated series based on the superhero versions of its iconic characters to complement the launch of Talking Tom Hero Dash.

The story of Talking Tom Hero Dash is everything a superhero yarn should be: epic, fun, and full of great characters to idolise. A pack of evil raccoons has caused a big old mess across many of the world’s most picturesque locations. Talking Tom finds himself alone after his friends are kidnapped and hidden, and so it’s up to him to reassemble the Talking Tom Heroes team in order to put an end to the chaos.

It’s a 3-lane endless runner, so you’ll need to dodge obstacles, make use of your superpowers, take down any raccoons that get in your way, and nab plenty of coins. By amassing enough coins, you’ll be able to rebuild the landmarks and buildings vandalised by the villains. 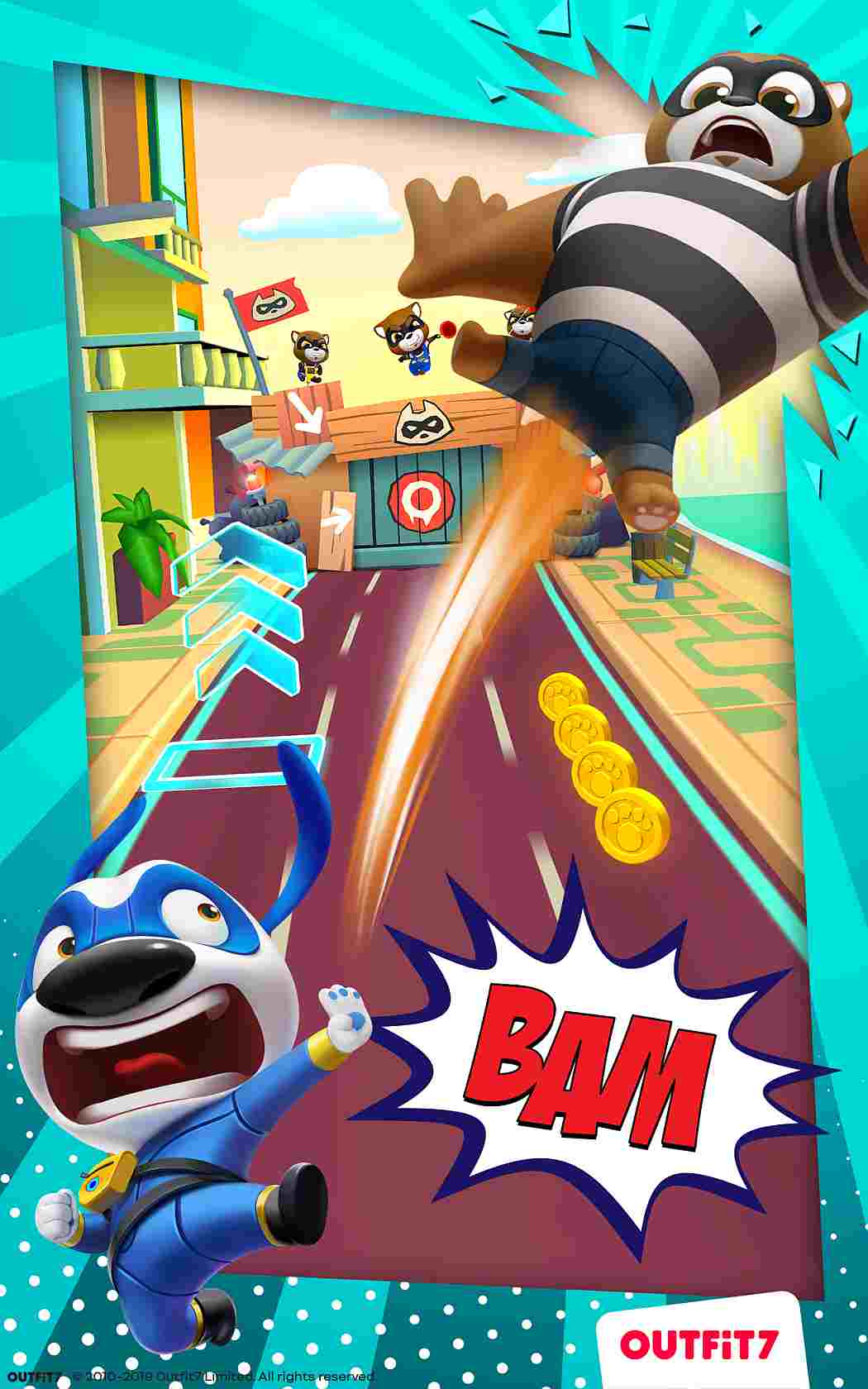 Once you’ve restored a level to its former glory, a tricky boss will appear. You’re going to have to make smart use of your powers and gadgets in order to best the boss and complete the level. And defeating them is well worth the effort, as you’ll be rewarded with a new playable character. 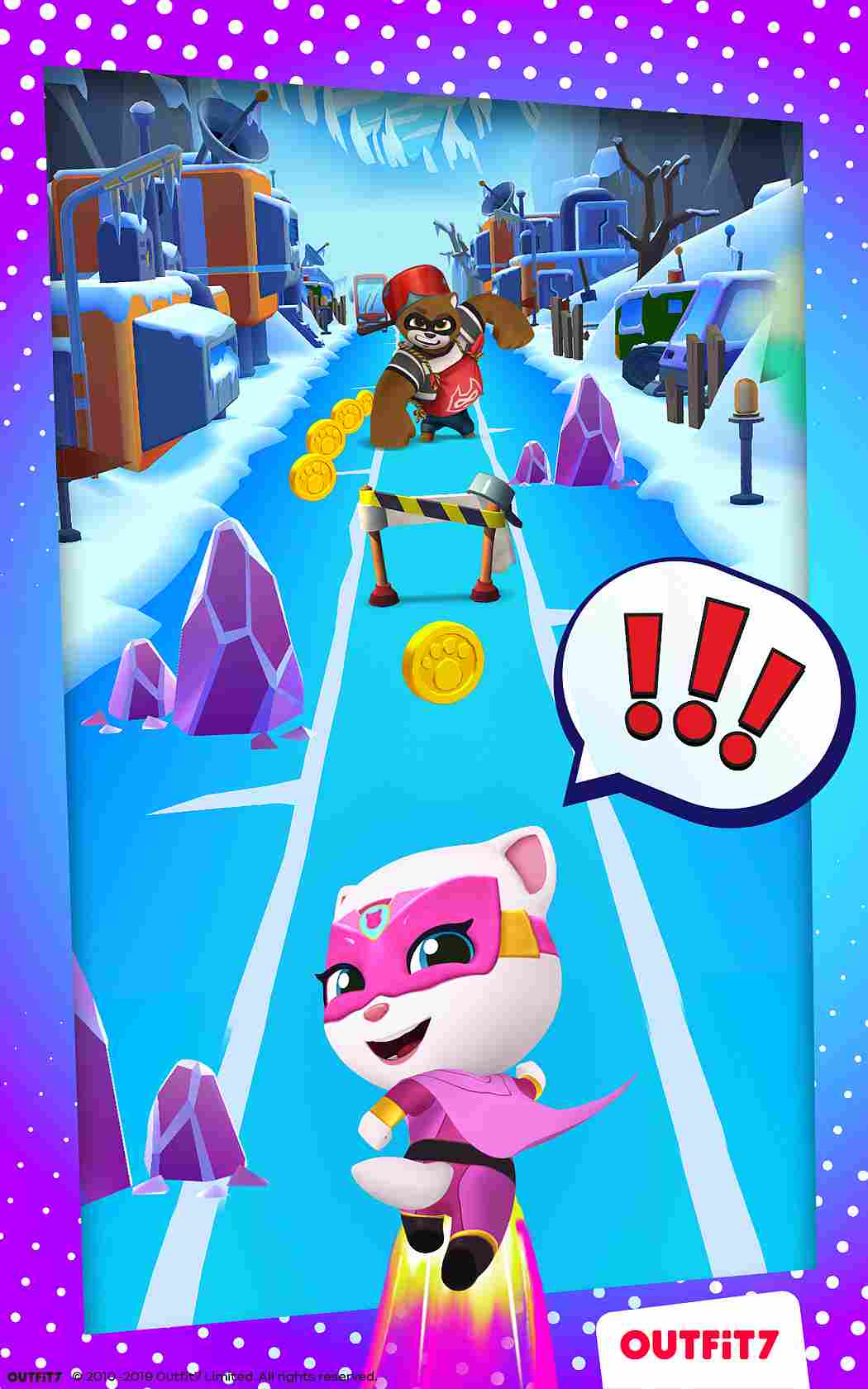 If you want to experience more of the exciting adventures of Talking Tom Heroes, you should check out Outfit7’s animated series of the same name over on YouTube