X.D. Network Inc., has just released a sneak peek of its upcoming game, T3 Arena. It is a fast-paced 3v3 multiplayer shooter that is launching soon on Android and iOS. Pre-registrations have just begun and the game is set to enter early access on March 17th for Android and May 26th on iOS, with an official launch planned later this year. Check out T3 Arena’s trailer below. 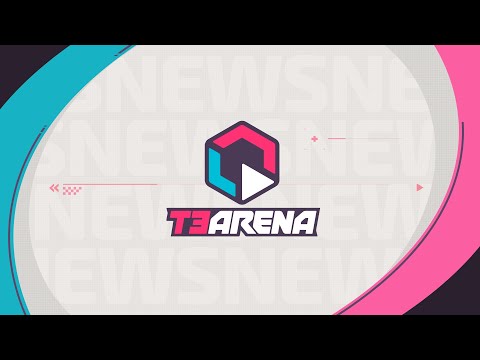 Players can expect to be on their toes at all times because the gameplay will be really rapid. Rounds are only three minutes long to create high-paced action, ensuring loads of fun combat scenarios. There are a variety of gameplay modes to choose from as well. The good old Team Deathmatch mode will obviously be featured and there is also another option, called Crystal Assault, which sees teams working together to prevent their crystals from being destroyed. Kinda like saving your base.

Combat is also fun and super casual as weapons will automatically aim and fire at opponents, creating more or less equal gameplay for all participants. No more needing to be a tryhard as T3 Arena aims to be a relaxing yet competitive game intended for everyone. Players can also play offline against AI bots to get a hang of everything and then play solo or team up with others to obliterate opponents in real-time.

T3 Arena also features really cool characters like Labula, a cute bird-like alien specializing in short-ranged attacks and Ossas who’s a staunch believer of long-range sniping. There are also other heroes like Ruby and Shell, all with unique characteristics and skills that complement a particular playstyle. These heroes can also be levelled up to unlock new skills.

If you and your friends are interested in fast-paced battles, then pre-register for T3 Arena now on the App Store. Google Play users might have to wait for a little while as the Android version is lined up as exclusive to the TapTap store; 2022 certainly looks set to be a battleground for Android gaming storefronts.

Also, if you’re looking for more games to play with your friends, then check out this list of the best multiplayer games to play on mobile!
Next Up :
Pokemon GO developer Niantic rumoured to be working on new game "Campfire"