Edge on Steam, Frenzic on DSiWare

Portable and casual game studio Two Tribes has revealed that it's now a publisher as well as a developer.

Among its first projects are a port of iPhone and mobile hit Edge for Steam, a port of Mac and iPhone puzzler Frenzic on DSiWare, and - most exciting of all - a port of Romino Games's WiiWare hit Swords & Soldiers on iPhone.

Swords & Soldiers is a cartoon side-scrolling real-time strategy game in which you can play as one of three factions – Aztecs, Vikings, and Imperial Chinese. There's a variety of goals and modes, including single-player for all three factions and split-screen multiplayer.

How the multiplayer will work on iPhone is unclear at the point, but it's an appealing port nonetheless. Last year's excellent Battle of Puppets proves that iPhone is a fine platform for side-scrolling strategy games, and Swords & Soldiers scored well on WiiWare, averaging 84 on Metacritic.

Frenzic – an innovative puzzler which scored an impressive Pocket Gamer Silver Award back in 2008 – will be the first of the games to see a port. Next will be Swords & Soldiers, before EDGE makes its leap to PC.

We've contacted Two Tribes for more information on when these ports will hit. 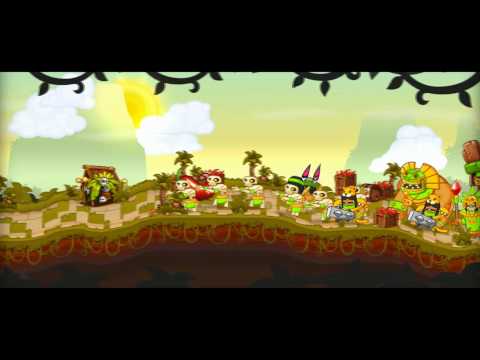