Hands on with Sway for iPhone

We wrote about nifty iPhone action game Sway last week, but now we've had a go on it.

The game, which is the work of Swedish firms ReadyFireAim and Illusion Labs, was being shown off today by Apple's Eric Jue during a round of journalist interviews in London.

He explained the premise to us, before letting us get hands on. "Your character has suction cups on his hands, and you're in this vertical maze where you sway around the wall and collect objects along the way," he said.

"You're controlling one of its hands using the touchscreen on the left-hand side of the screen, and the other using the right. So as you rock your thumb on the screen, you give him more momentum."

It took us a couple of minutes to get to grips with it - during which our character plummeted off the bottom to heartbreaking effect - but we soon nailed it.

Two games sprang to mind immediately when searching for a comparison. The character we played made us think of LittleBigPlanet immediately - complete with his ragdoll-like limbs. Apparently, as you play through the game, your character gets better - for example longer arms.

Meanwhile, the tactile and swingy nature of the gameplay reminded us of the Toy Bot Diaries games. You can tell why we're now pretty excited about Sway's prospects on iPhone.

"It's a really cute game with good sound, good graphics, and it's using some real physics," says Jue. Sway is out very soon, so stay tuned for a review, and check the video below for a glimpse of how it's looking: 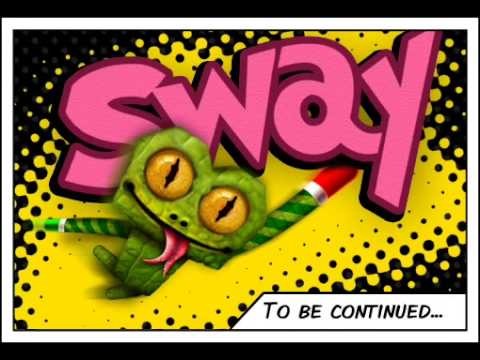 Subscribe to Pocket Gamer on
The full list of games Jue showed to us today (with links to our coverage) was: Sway, Tiger Woods 09 and Let's Golf, Peggle, WordFu, Alpine Racer, and Zen Bound (which we've previously reviewed).
Next Up :
Best upcoming mobile games in 2021

iPhone's Sway update goes up and down

Sway swinging its way onto the iPhone