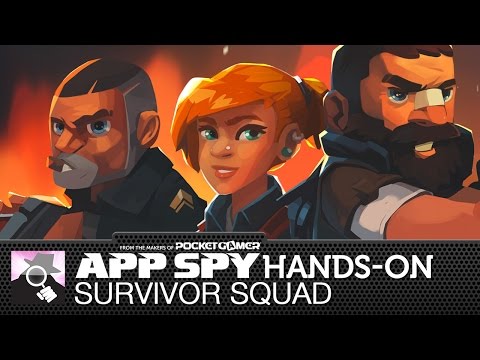 This is possibly the next game from ZeptoLab.

It's in soft launch under the iTunes account of one Dmitriy Momzikov, but as Gamezebo points out - this was the account that King of Thieves momentarily launched on last year.

So, the idea is that ZeptoLab uses this account to test games - without everyone knowing what the studio is working on. Looks like the cover is blown.

Anyway. This is a co-op online shooter for three players that sees you legging it about a closed map trying to survive three waves of zombies in exchange for coin, fame, and bragging rights.

It might seem like a million miles away from the developer's last big game, Cut the Rope, but from what I've played so far, it's in theme only - Survivor Squad already plays brilliantly.

Survivor squad is headed to iPhone and iPad at some point. When? I dunno, I'm not a mind reader.