In this mythical audiovisual adventure, you wander about some forests, fight some rhythm-based battles, get sucked into a parallel dream universe, and send some tweets.

We dubbed it a "unique adventure game with an incredible sense of style" when we reviewed it on iOS, and even chucked it on our list of best iPad games in 2011.

Android owners did get a chance to try the game a little earlier this year when it formed part of the Humble Android Bundle.

Now, though, it's available on Google Play as a standalone app, and is priced at a perfectly palatable £1.25. 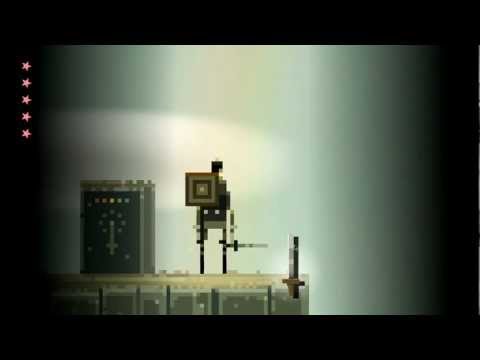 Don't worry if you get stuck. And you probably will get stuck. We've got a full walkthrough for the entire game right here.

Oh, and if you're an iOS gamer who got a bit lost this morning and accidentally stumbled into the site's Android section, here's a Sword & Sworcery sale just for you, you big silly billy.