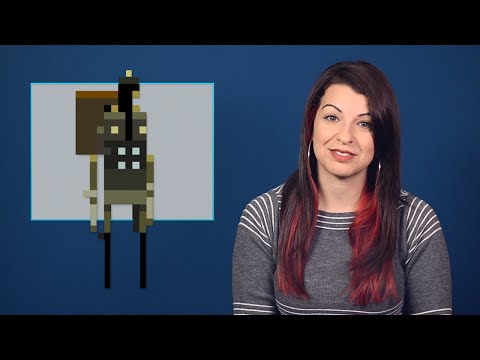 It might be hard to tell from that tiny bundle of pixels, but protagonist The Scythian is a chick. And by using similar tropes to games like Zelda, Sworcery "asserts that women can fill the role of the mythic hero as effectively as men can."

Sarkeesian says "Sword & Sworcery gives us a female protagonist and encourages us to see her as a hero first and foremost, one who also just happens to be a woman." Here's the full transcript if you're more of a reader than a watcher.

The video's got some spoilers for the ending of Sworcery, so maybe give it a miss if you haven't beaten the game yet.